Robert Pattinson found himself caught in a lie when he tried to sneak away from the set of "Tenet" to audition for Matt Reeves' "The Batman."

According to the Irish Times, the star tried to pull one over on one of the most secretive directors in the industry. "It's funny because Chris [Nolan] is so secretive about everything to do with his movies," Pattinson said.

Nolan is so secretive that not much is known about his upcoming film, "Tenet," but it's slated for an August 26th rollout after being postponed due to the coronavirus pandemic. 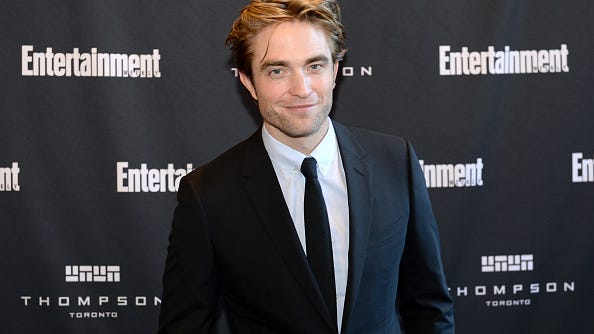 "And then I had to be really secretive about Batman stuff. So I had to lie to Chris about having to go for a screen test - I said I had a family emergency," Pattinson explained.

But the "family emergency" wasn't a good enough lie to successfully stump Nolan who retorted, "You're doing the Batman audition, aren't you?"

Nolan took a spin on the Batman franchise himself by doing the "Dark Knight" trilogy several years ago. Now, Pattinson credits "Tenet" for helping him get in shape for the role of Batman.

"When I'm running on screen, I'm generally paired with John David [Washington], who is an ex-NFL player, so it was the most unfair thing in the world," Pattinson explains.

"The maximum workout I do most of the time is a casual stroll. John David can run all day long. It was good that I ended up being pretty fit. But definitely, at the beginning, there were days I just could not walk afterwards," Pattinson said.

"The Batman" halted filming in March but is slated for an October 1, 2021 release.