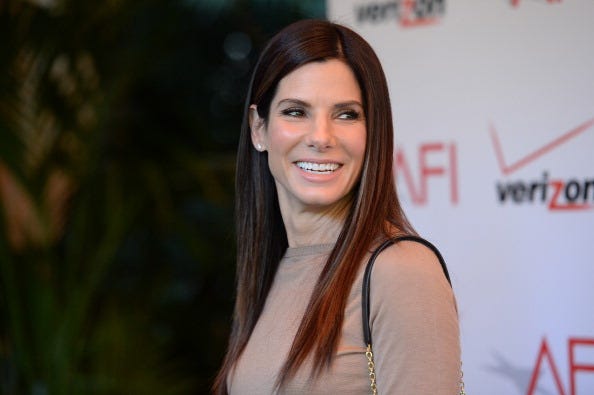 After the success of “Bird Box,” Sandra Bullock is ready to Netflix and chill again.

The Oscar winner has been tapped to star in an upcoming adaptation of the 2009 British mini-series “Unforgiven,” according to CNN.

This one is near and dear to my heart. I’m honored to know it’s in such good hands.

Fun fact: The first draft was written in 2010. #KeepWritinghttps://t.co/bazwRjV4nU

In the thriller, Bullock plays a woman trying to rebuild her life after being released from prison for committing a violent crime. In an attempt at redemption, she searches for the younger sister she was forced to leave behind.

While no other casting details have been announced, the streaming platform’s adaptation is being written by “Mission Impossible: Rogue Nation” director Christopher McQuarrie.

“This one is near and dear to my heart," McQuarrie wrote on Twitter, adding that he penned the first draft of the script nearly a decade ago.

“Unforgiven” will be Bullock’s second Netflix film and comes on the heels of the 2018 dystopian hit “Bird Box.” According to the streaming giant, the film broke records with over 80 million views within the first four weeks of its release.

Based on the 2014 novel of the same name, author Josh Malerman is writing a “Bird Box” sequel entitled “Malorie,” which is set to be released in July 2020. As of yet, there are no plans for a film version of the sequel.

Meanwhile, Bullock is also developing a musical drama series for Amazon that is loosely based on her college life in the 1980s. The still as-yet-untitled project will be executive produced by the “Oceans 8” actress alongside John Legend and Oscar-winning screenwriter Akiva Goldsman.