From Joker to Morbius, Jared Leto continues to show off his acting range, this time tapping into the undead for Sony’s latest Marvel Cinematic Universe offering.

Based on the 1971 comic book character of the same name, the film follows Michael Morbius, a scientist who turns himself into a vampire in an attempt to cure himself of a rare blood disease.

“I should have died years ago, why am I here if not to fix this?” Leto’s character says in the trailer.

As the transition from frail, sick man to powerful, immortal beast occurs, Leto admits that “he went from dying to feeling more alive than ever.”

Some of his newfound abilities include “increased speed, the ability to use echolocation, and an overpowering urge to consume blood.”

However, his mentor, played by Jared Harris of "The Crown," informs him that sometimes “the remedy is worse than the disease” as audiences get the first glimpse of Morbius as a bloodthirsty creature.

While some might not be impressed with Leto’s heavy makeup, the star-studded cast is undeniable. 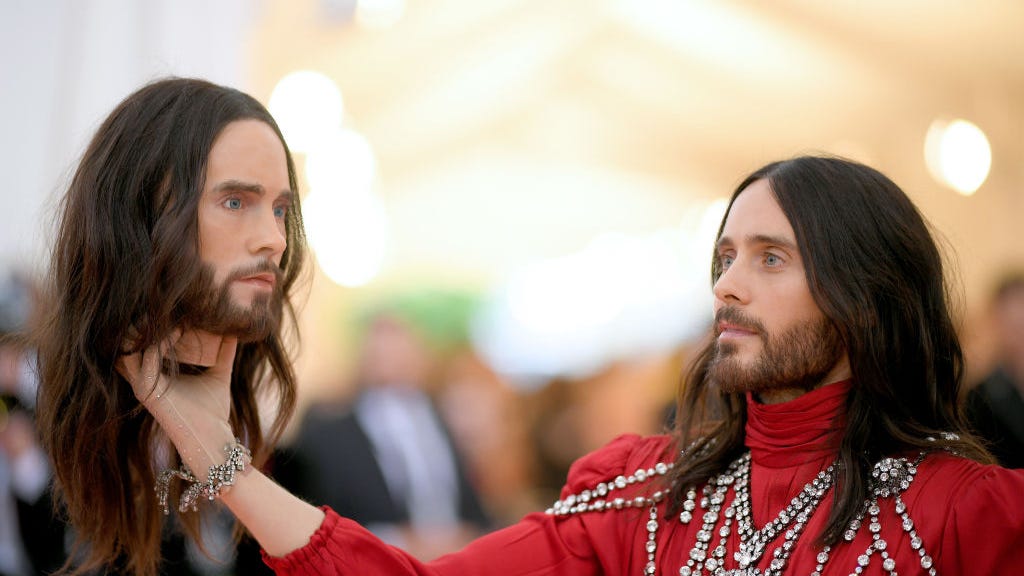 According to CNET, the trailer hints at a connection to the "Spider-Man" universe.

Around the 2:10 mark, Morbius walks by a painting of Spider-Man with “murderer” spray-painted over it. The publication believes the moment confirms that the film will follow “Spider-Man: Far From Home,” in which the superhero is blamed for Mysterio’s death.

The second clue is slightly more obvious as Michael Keaton appears towards the end of the trailer as his “Spider-Man: Homecoming” character, Vulture, who was last seen in prison.

"Morbius" hits theaters on July 31 in the US and the UK.