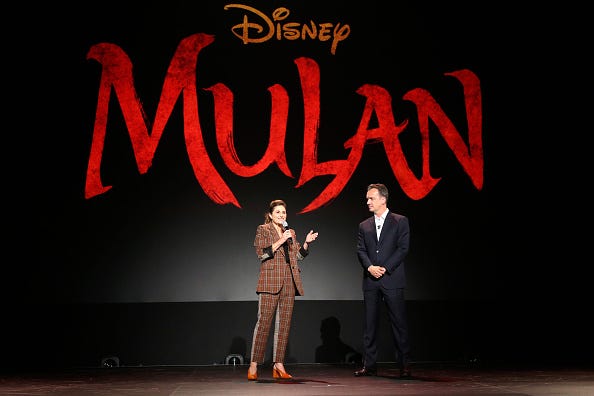 Hua Mulan is here to bring honor to us all.

Following the success of “The Lion King” and “Aladdin” live-action adaptations, Disney is headed into 2020 with more high hopes.

The studio released the trailer for its latest live-action film, “Mulan,” based on its 1998 animated hit of the same name.

Embracing a more serious tone, the film is a mixture of familial drama, noble sacrifices, female empowerment, and kick-butt action.

The trailer begins with Mulan’s father, Hua Zhou, explaining the role of the female Chinese culture by telling Mulan her job is to “bring honor to the family.”

Mulan plans to do just that, but her way of bringing honor differs slightly from what her father had in mind.

When the Emperor issues a decree that each family must provide one man to fight against Northern Invaders, Mulan’s ill father volunteers.

Mulan refuses to allow her father to sacrifice himself acknowledging that “this time, he will not return.”

Instead, she disguises herself as a man and takes his place inside the Imperial Army.

With the spirit of a warrior, she fools nearly everyone aside from the enemy witch who warns Mulan that the Emperor will not show her any mercy when he finds out what she did.

But Mulan doesn’t seem phased as she embraces a motto that’s slightly different and more powerful: “it is my duty to protect my family.”

Disney fans familiar with the original film might be disappointed to learn that many of the film’s original numbers like, “I’ll Make a Man Out of You,” are not included.

However, they are re-interpreted through a reference from the Sergeant who promises to “make men out of every single one of you.”