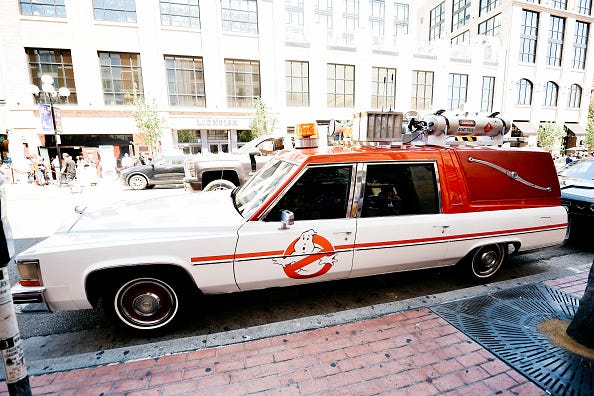 Who you gonna call? The new generation of “Ghostbusters.”

It’s been a fairly good Monday for the upcoming “Ghostbusters” film that now has an official title and trailer.

The trailer immediately confirms the suspicion that the central family is related to original Ghostbuster, Egon Spengler, played by Harold Ramis, who passed away in 2014 at the age of 69.

“Somehow, a town that isn’t anywhere near a tectonic plate, that has no fall lines, that has no fracking, no music even, is shaking on a daily basis,” Paul Rudd, playing enthusiast teacher Mr. Grooberson, says as everything around them begins to shake violently.

Fans of the original film will be tickled by some of the familiar artifacts in the trailer including what Rudd wrongly assumes is a replica of a “ghost trap” and The Ectomobile.

Gone is the comedic vibe of its predecessors as the new-age film evokes a more eerie and action-packed tone at times similar to Wolfhard’s supernatural Netflix series “Stranger Things.”