Sony Pictures is changing around and postponing many film release dates as a result of the global coronavirus outbreak.

With many states under “stay at home” or “shelter in place” orders, movie theaters have closed their doors to prevent the spread of the novel virus.

In response, Sony has a new release schedule that reveals you’ll be waiting a lot longer for some highly-anticipated films than you previously thought. In fact, many buzzed about films are scrapping 2020 premieres and opting for a “safe” release in 2021. 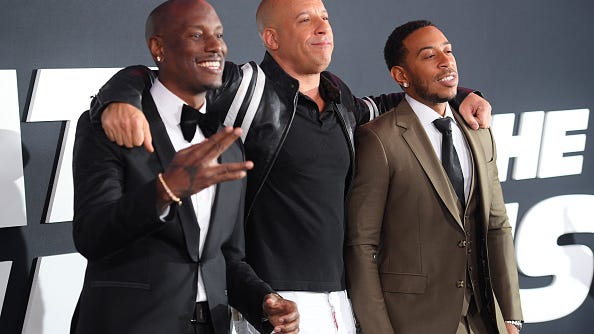 The sequel to “Ghostbusters” titled, “Ghostbusters: Afterlife,” won’t premiere on July 10. Instead, it will be moved to March 5, 2021.

Sony and Marvel’s “Spider-Man” spinoff “Morbius,” starring Jared Leto as a living vampire, is being pushed back to March 19, 2021 from its July 31 release.

“Greyhound” with Tom Hanks will not premiere on June 12. No new date has been announced.

Tom Holland’s adventure film “Uncharted” was forced to shutter production, so its release date is October 8, 2021 and not March 5, 2021.

And an unannounced Marvel film scheduled to premiere on October 8, 2021 is currently TBD.

Other studios have been scrambling to salvage premieres in the wake of the pandemic. Daniel Craig’s final hoorah as James Bond in “No Time to Die" will premiere November 25 instead of April 2, and Disney’s “Mulan" will be released directly to video on demand.