Daisy Ridley confirmed what fans have been fearing this whole time -- her parentage on "Star Wars" was a last minute decision.

The actress appeared on “Jimmy Kimmel Live!” on Tuesday where she was interviewed by guest host Josh Gad.

She explained that her powerful franchise character, Rey, was first supposed to be the descendant of Jedi master Obi-Wan Kenobi, a theory that had the full support of the fandom.

However, those who have seen “The Rise of Skywalker” know that didn’t turn out to be the case.

“At the beginning, there was toying with an Obi-Wan connection — there were different versions — then it really went to it was no one, and then it came to Episode IX and J.J. [Abrams] pitched me the film and was like, ‘Oh, yeah, Palpatine is Granddaddy,’” she explained.

She then said the writers changed their minds a few more times.

“Then two weeks later, he was like, ‘Oh, we’re not sure,'” Ridley recalled. “So, it kept changing. So, then even as we were filming, I wasn’t sure what the answer was going to be.” 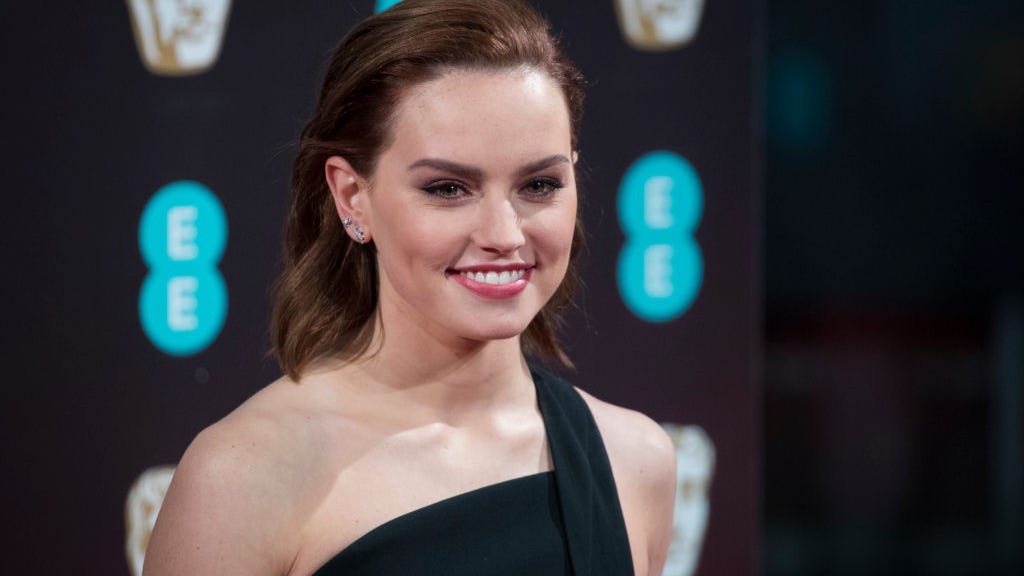 Spoiler alert: Rey was eventually revealed to be the descendant of the villainous Emperor Palpatine.

Fans of the franchise were very critical of the film to begin with, but upon hearing Ridley’s account, they made sure to voice their displeasure with all the last minute changes and the disjointed writing.

“Daisy Ridley was supposed to be Rey Kenobi, then Rey Nobody and then Rey Palpatine in the worst planned and written trilogy in the history of cinema,” one fan wrote noting that the writers and producers “blew it.”

Daisy Ridley was supposed to be Rey Kenobi, then Rey Nobody and then Rey Palpatine in the worst planned and written trilogy in the history of cinema. Kathleen Kennedy, @rianjohnson and @jjabrams, everyday more proof is surfacing on how you blew it.pic.twitter.com/ol5nAAPkpD

“I knew this garbage wasn’t planned,” another commented, adding, “How can you play so fast and loose with a billion-dollar franchise? It’s inconceivable.”

“Wait wait wait, so Daisy just confirmed that they had no clue on Rey's character arc? Shocking to no one,” one user wrote.

Another user remarked: “Daisy confirming what everybody already knew- Disney and Lucasfilm had no plan and was making everything up as they went along.”

Gad tried to cut the tension by asking if, at any point, his “Frozen” character Olaf was amongst the possible parents.