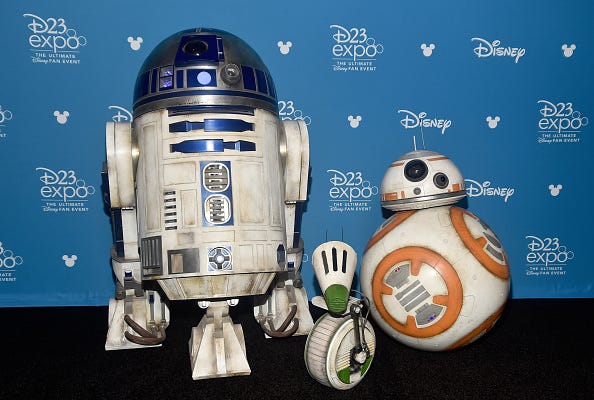 With the new “Star Wars” movie coming out, fans are already clamoring to get their seats for opening weekend. One thing they weren’t expecting? There’s kind of an insane runtime for the flick.

The new trailer for “Star Wars: Rise of Skywalker” just dropped, and fans have been receiving the final episode of the series with open arms. But according to Forbes, one thing they’re not so excited about is the length of the film, clocking in at 155 minutes.

The film proves to be three minutes longer than “The Last Jedi,” which had a runtime of 152 minutes. While fans are excited to behold the fate of their favorite rebel gang, the two hours and 35 minutes it’ll take to get there is a little discouraging.

The shortest “Star Wars” film is “A New Hope,” running for 34 minutes less time than the upcoming final feature at 121 minutes.

Forbes reported that after complaints about the length of "The Last Jedi," they were sure the final installment of the series would be a bit shorter. Fans are hopeful that despite the long nature of the movie, the pacing will be a little more on point than previous films.

"Star Wars: Rise of Skywalker" comes out on December 20th.