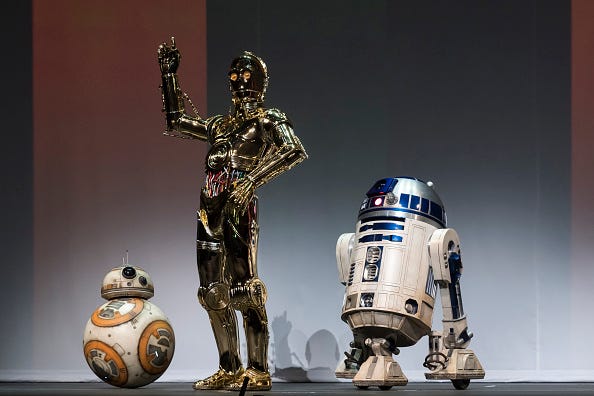 Visitors to Walt Disney World in Orlando, Florida will soon be transported to a galaxy far, far away.

Disney Parks has announced its brand new “Star Wars”-themed hotel will open its portals to the general public beginning in 2021, reported Cnet.

Entitled the Star Wars: Galactic Starcruiser, the luxury hotel offers a completely immersive experience where guests will get to live out their inner Skywalker fantasies.

The two-night interactive getaway starts out right when you arrive at the Starcruise Terminal (also known as the hotel lobby) and are transported in a launch pod which has been decked out to look like you are traveling through space to reach the Halcyon.

Once there you’ll be able to mingle amongst other guests as well as popular characters from the franchise in the Atrium. Fingers crossed for Baby Yoda!

Rooms will feature cabins with more views of deep space and guests can eat and drink in the all-ages Silver C Lounge. Some of the activities offered during your stay include sneaking into the Engineering Room to see how the ship runs, learning how to wield a lightsaber and operating the ship’s navigation under the crew’s guidance on The Bridge.

The Galactic Starcruiser is located adjacent to the 14-acre Star Wars: Galaxy Edge, which opened in August. Guests staying at the hotel will be whisked to the park’s Black Spire Outpost on Batuu in special transport vehicles.

Disney has yet to release room rates or pricing information for the two-day experience. And while reservations are not yet available, “Star Wars” fanatics can sign up to get the latest details as soon as they are released at starwarsgalacticstarcruiser.com.

Excitement for the hotel’s launch will only intensify once the final film in the Skywalker saga, “Star Wars: The Rise of the Skywalker,” opens on December 20th.