That notion the basis for Wes Craven’s “A Nightmare on Elm Street.”

In the 1984 slasher, several teens fall victim to Freddy Krueger, who preys on their nightmares, which in turn kills them in reality. 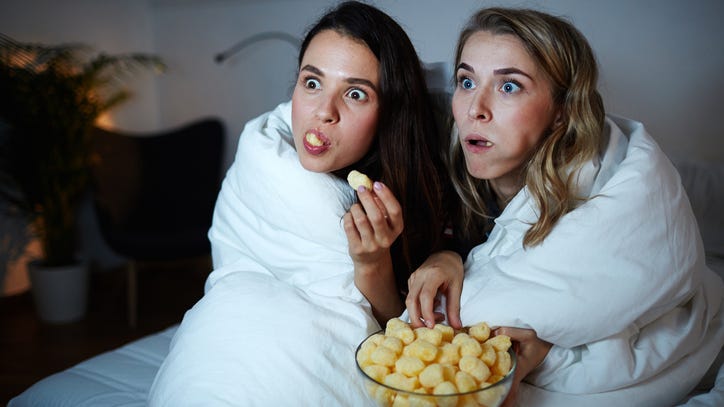 The classic has been known to give fans nightmares of their own, but what’s even spookier is that Craven revealed he was inspired after reading an article in the L.A. Times about a family who had moved to the United States from Cambodia.

“Things were fine, and then suddenly the young son was having very disturbing nightmares. He told his parents he was afraid that if he slept, the thing chasing him would get him, so he tried to stay awake for days at a time,” Craven said, per Syfy.

“When he finally fell asleep, his parents thought this crisis was over. Then they heard screams in the middle of the night. By the time they got to him, he was dead. He died in the middle of a nightmare. Here was a youngster having a vision of a horror that everyone older was denying. That became the central line of Nightmare on Elm Street,” he added.

Dreaming about death is unsettling although many times, you wake up right before you “die” in your dream. There are also plenty of dream interpretations of “dying” in your dreams.

But can dying in your dreams lead to dying in real life?

Syfy notes the myth gained popularity in the ‘90s, and while there isn’t much scientific evidence, there were cases of Sudden Unexpected Nocturnal Death Syndrome (SUNDS) dating back to the 1980s.

The CDC reported on sudden deaths during sleep, according to Syfy.

These incidents were reportedly isolated to populations who immigrated from Southeast Asia, were between 25 to 44, and were considered otherwise healthy.

Between 1981 and 1988, a total of 117 cases were reported in which hearts stopped during sleep. Even stranger was the fact that no individuals had any prior history of cardiac events with only one having family history.

The outlet notes that the Journal of the American Heart Association posted about refugees exhibiting high levels of depression and anxiety after relocating to the states. It’s possible the anxiety triggered night terrors which led to cardiac arrest.

Syfy also notes that large amounts of adrenaline from being scared to death can cause damage to the heart, lungs, liver, and kidneys. A surge in adrenaline reportedly causes a calcium to enter the cardiac cells, which causes the heart to contract.

Thankfully, with each passing year, cases of SUNDS decreased, so now, you can safely re-watch the slasher on Halloween and hope Krueger doesn’t grab hold of your dreams.