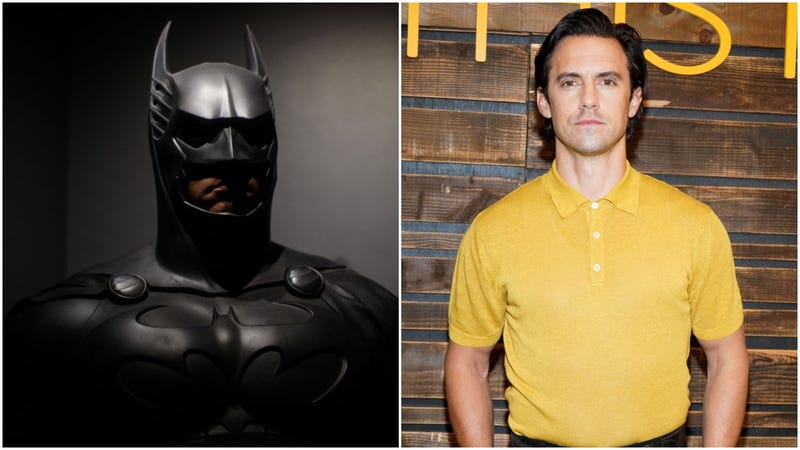 Superheroes are not allowed to age.

“This Is Us” star Milo Ventimiglia had his dreams of playing Batman squashed by ageism.

The handsome 42-year-old actor revealed he was turned down from being considered for the role because he was too old to play the Caped Crusader.

Got an extra episode of #TheBigTicket for you this week. Chatting with #MiloVentimiglia is always great. Sitting down with him for the podcast was great and awesome. https://t.co/lsPRF2oVRO

“Do I see myself in a cape and cowl? Warner Bros. didn’t,” Ventimiglia told Variety.

“They were looking for a new Batman and they said, ‘Ventimiglia, you’re too old.'”

But despite his superhero denial, Milo isn’t holding any grudges.

“That’s OK, it doesn’t matter. I’m kind of busy, it’s OK,” he added, before mentioning his roles on the NBC hit and his new film “The Art of Racing in the Rain.” “Maybe I’m just playing real-life superheroes right now. Jack Pearson, Denny Swift. They’re real attainable superheroes, that are out there in the open representing good guys and good fathers.”

"Listen, I'm a fan of Batman in general and I know that they were looking for an actor that they can mature with as well,” the actor told Entertainment Tonight. “Robert Pattinson is a great actor. Very excited. I'm very excited to see those movies."

For reference, Michael Keaton was a youthful 38 when he first stepped into the role in “Tim Burton’s Batman” in 1989. In 1995, Val Kilmer took over as the Dark Knight at the boyish age of 35 in “Batman Forever,” while George Clooney was a childlike 36-year-old in the 1997 film “Batman & Robin.”

Time to race to the theater: The #ArtOfRacing in the Rain is now playing in theaters everywhere! Link in bio.

But it’s Ben Affleck who must have tipped the scales of believability playing the Caped Crusader at the mindboggling age of 44 in “Batman v Superman: Dawn of Justice” in 2016.

Fans can check out milo in all his 42-year-old gorgeous glory in "The Art of Racing in the Rain," which is in theaters now.