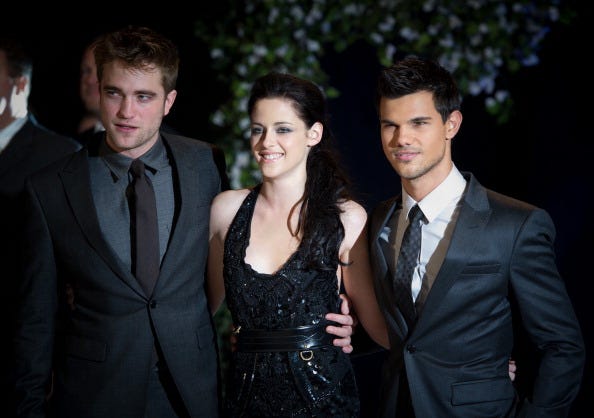 You can channel your inner teen vampire romance by staying in one of the iconic homes from the “Twilight” movie saga.

Airbnb is renting out the house that Bella Swan, Kristen Stewart’s character, and her father Charlie called home in the franchise, reported USA Today.

While the film took place in Forks, Washington, the actual residence is located in Saint Helens, Oregon, just outside of Portland.

The five-bedroom home has been decorated to look just as it did in the original 2008 film and is available for $330 a night with a two-night minimum. While there’s enough room for up to 10 guests, you should know that there are only 1.5 bathrooms. Now that could be frightening!

As a bonus, some of the rooms feature life-sized cardboard cut-outs of Kristen Stewart and co-star Taylor Lautner, who played hot werewolf Jacob. No word why there isn’t one of Robert Pattinson as alabaster vampire Edward.

Something else to consider is that the inside of the home is equipped with security cameras, so if privacy is of utmost importance, then you may have issues with staying at the "Twilight Swan House."

Regardless, the reviews all tend to be favorable with past guests.

“Our experience in this place was amazing, to be able spend two nights where the twilight movie was film was a dream come true!,” wrote one fan.

While another added, “Just a magical experience. The attention to detail, for the Twilight fan - above and beyond.“

Looks like whether you were Team Edward or Team Jacob, everyone is guaranteed to enjoy their stay.

The “Twilight” movie franchise, based off the bestselling Stephenie Meyer novels, earned over $2.5 billion at the box office over the course of five films.