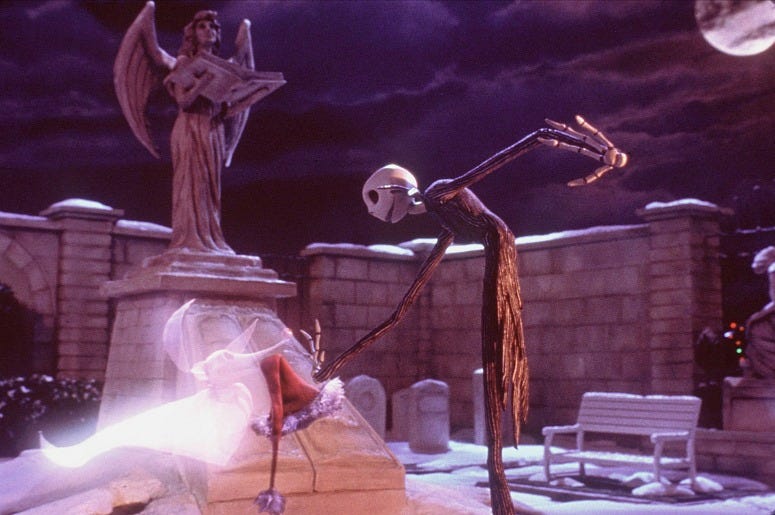 Believe it. Vans has confirmed the release date for their highly-anticipated The Nightmare Before Christmas collection, and have revealed official photos of the shoes featuring Jack Skellington, Sally, Oogie Boogie, and more.

The company’s latest line will arrive this weekend, giving you plenty of time to break them in before trick or treating, or wear them as you watch one of the greatest Halloween movies ever. They include Sk8-Hi and Old-Skool styles with iconic images from the film like the silhouette of Skellington on the moon, and slip-ons with Jack’s iconic bowtie.

We first met The Pumpkin King and the residents of Halloweentown in 1993. The Tim Burton classic has thrilled every generation since, and was the first animated film to be nominated for an Academy Award for Best Visual Effects.

The Nightmare Before Christmas collection follows a few other amazing collaborations from Vans. In June the company released their Harry Potter collection, including designs from each of the houses and beyond. They have also released shoes inspired by Metallica, Led Zeppelin, and the albums of David Bowie.

This collection is expected to average about $70, and will be available in store and online. You can sign up for more information here.