As many are anticipating the upcoming release of the live-action remake of “Mulan,” Disney+ just gave fans a new glimpse of the movie.

A new teaser for the film premiering on the streaming platform in September has been released.

"Mulan" stars actress Yifei Liu in the titular role, in which she disguises herself as a man to fight against the Hun invasion of China.

In the one-minute clip, Mulan is seen fighting various villains while others judge her for being a woman.

“I will bring honor to us all,” Mulan says before the screen fades to black.

While fans were initially expecting a theatrical release, it was announced that Disney aficionados would have to look toward a different way of viewing the film in the wake of the coronavirus pandemic.

Starting on September 4, the film will be available to rent for $29.99 on the streaming platform. This price is in addition to the monthly subscription cost for Disney+.

"Mulan" will still hit theaters in countries where Disney+ is not available. 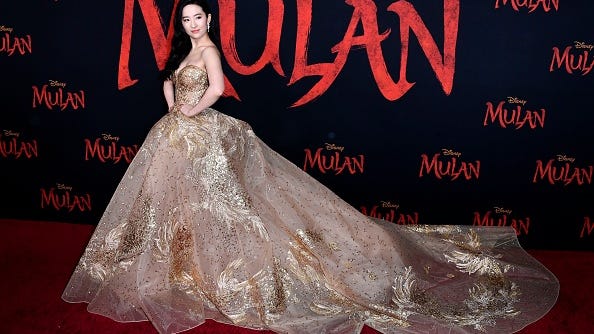 'Mulan' Is Streaming Now for an Extra $30, Will Be Free for Disney+ Subscribers in December

At first, "Mulan" was going to be released to theaters in March. However, due to the COVID-19 pandemic, its release was pushed back several times and eventually it was announced that it would be available on Disney +.

According to CEO Bob Chapek, this will not become standard practice for future Disney films.