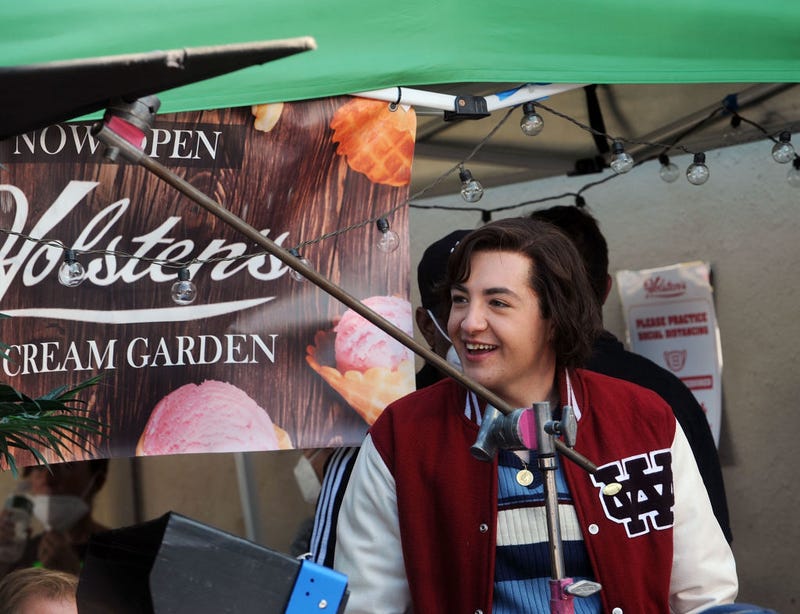 Here’s an offer fans of “The Sopranos” will most definitely not refuse.

Today, the trailer finally arrived for the upcoming Sopranos offshoot film, “The Many Saints of Newark.” And it is does not disappoint.

This film is a prequel to the beloved HBO family saga, and sets up where Tony came from — a turbulent Newark, NJ, at the end of the 1960s.

In the trailer, we see a teenage Tony go from troubled but smart high schooler to budding mafioso.

The trailer tagline — “Legends aren’t born, they’re made” — is a good sign the writing should be impactful. The gritty, ‘70s noir-leaning cinematography and intense acting shows those details look right on target for the period piece. And since “Sopranos” creator David Chase wrote the film, and series director vet Alan Taylor helmed it, all signs point to a serious attempt to honor one of the greatest television shows of all time.

Ratcheting up the interest even more is the fact that young Tony is played by the real life son of James Gandolfini (Tony Soprano), Michael Gandolfini. Not only is the resemblance perfectly, even eerily modulated, Michael looks like he’s up to the acting task too.

But it’s the casting of Vera Farmiga as Tony’s mother, Livia Soprano, that is especially noticeable, as throughout the clip she so resembles Edie Falco, who played Tony’s wife, Carmela, in the original series.

The whole clip is pretty violent and explosive from the start, which could mean the film is a bit of a departure from the more ruminative series it’s sprung from; or like most trailers it just really wants to grab you and pull you in.

And boy that last shot of Ray Liotta sure does!

Not to mention this prequel won’t get six seasons of hour-long episodes to make its point. Although we’re sure that after this trailer, fans are going to hope eventually it might.

“The Many Saints of Newark” is a New Line Cinema and Warner Bros. production, and will be in theaters on October 1 and on HBO Max for 31 days following theatrical release.