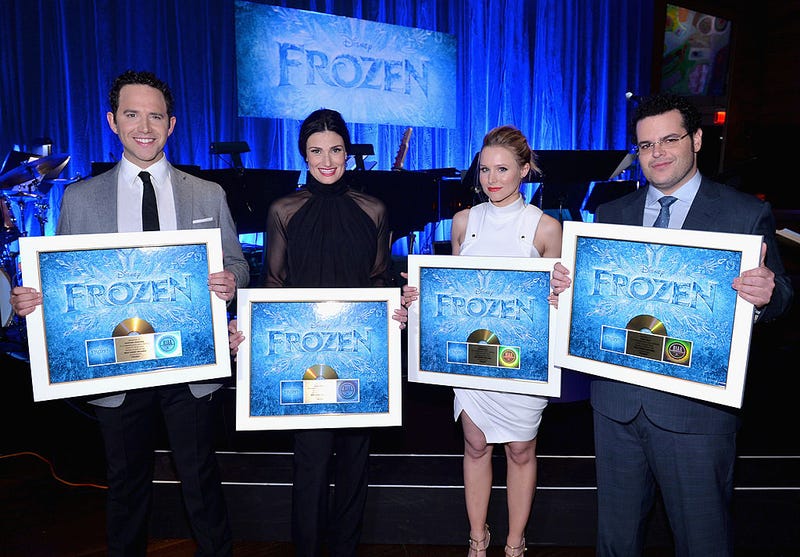 When Elsa didn’t wind up with a romantic partner at the end of 2013 blockbuster
“Frozen,” many found it not only surprising, but downright groundbreaking.

But any fans hoping the Queen of Arendelle will have better luck in the love department in the upcoming sequel, “Frozen 2,” better think again because the film’s co-director Jennifer Lee has revealed Elsa doesn’t have time to swipe right on any possible suitors.

Check out a new look at Disney’s #Frozen2, featuring the brand-new song “Into The Unknown.”

"For this film … We found this is a woman who wasn't ready for a relationship at all. She's carrying a lot of pressure and the weight of her kingdom on her shoulders and struggling with this call for her powers," Lee told “Entertainment Tonight.”

As far as Elsa finding a boyfriend or girlfriend in any future sequels will remain to be seen.

"I don't know if it'll fit in the future. We haven't asked that question, and I'm not stretching past 'Frozen 2' about what happens to these characters in their lives," Lee added. "But it's just not where she was now."

Venture into the unknown. Check out the new poster from Disney’s #Frozen2, and see the film in theaters November 22.

The original 2013 film earned over $1.2 billion worldwide and won the Oscar for Best Animated Feature and Best Original Song for “Let It Go.”

While much of the plot of “Frozen 2” has been kept under wraps, the film will follow as Elsa (Idina Menzel), Anna (Kristen Bell), Kristoff (Jonathan Groff) and Olaf (Josh Gad) set off beyond the kingdom of Arendelle to discover the truth behind Elsa’s powers.