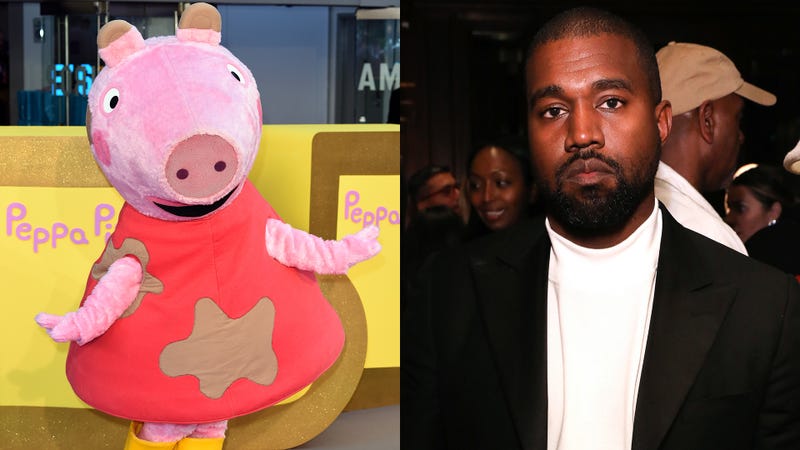 There've been strange feuds in the history of music, but this one is a feud the likes of which we’ve never seen before and will likely never see again.

Here’s the scoop. Pitchfork, which has gained fame for reviewing albums and rating them on a scale of 0-10, recently offered up their commentary on new material from Kanye and Peppa Pig.

Ye’s latest album Donda received a 6.0 rating from the publication. Peppa Pig’s new album Peppa’s Adventures: The Album received a 6.5 rating. Naturally, the internet had a field day with this.

Well, look at the material pic.twitter.com/Pi6nMCgIkO

The official Peppa Pig Twitter account joined in on the fun and roasted the everliving you know what out of Kanye. “Peppa didn't need to host listening parties in Mercedes-Benz Stadium to get that .5," their account wrote in a since-deleted tweet, followed by microphone and pig snout emoji.

Kanye has yet to address the situation, but we’ll be sure to update you as soon as he does.

In the meantime, Yeezy released the music video for his track “Come to Life,” which features footage from his Donda listening event in Chicago where he sets himself on fire and “remarries” Kim Kardashian.