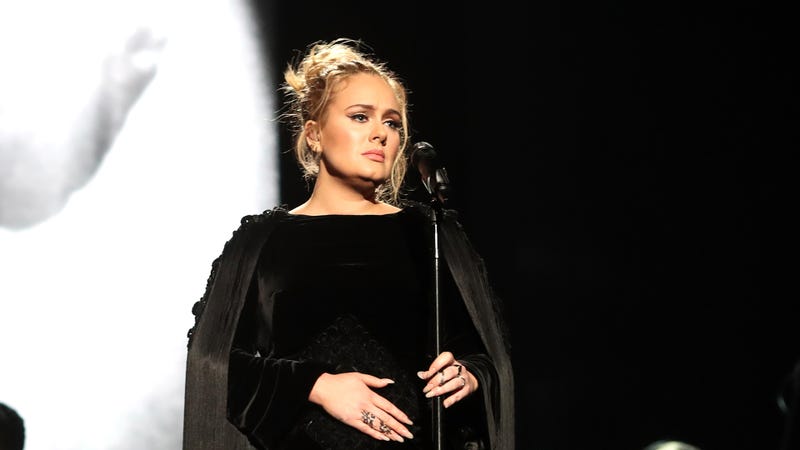 On Sunday night, November 14, CBS viewers were treated to a two-hour Adele interview and concert special with host Oprah Winfrey, marking the singer's joyful return to the spotlight among fans and friends.

Aside from offering a 10-song performance featuring some of her best-loved hits and new tracks from her 2021 album, 30, Adele's interview with Oprah, filmed in October, was also shown. The singer opened her heart to Oprah, as one does, discussing her feelings surrounding her recent divorce, struggles with mental health and weight loss, her young son Angelo, and much more.

This was the first time her son has seen her perform

Adele's nine-year-old son Angelo is an avowed Taylor Swift fan, but has never seen his famous mum perform on stage in a live setting before. That all changed over the weekend, as he was in attendance for the Adele One Night Only show. The singer told Oprah during her interview that she's "never been so nervous," to perform. Asked if Angelo is aware of his mother's stardom, Adele admits, "he's starting... but not really." Upon the release of her new single, "Easy On Me," she says her son had been watching the likes go up on her video, telling her at one point, "people really like you."

Adele, whose father had left her family home when she was just two years old, has been "obsessed with a nuclear family" her entire life and tells Oprah that she had promised herself that she would do everything she could to keep her marriage together. "I tried for a really, really long time," she says regarding her relationship with ex Simon Konecki. Wed in 2018, "I take marriage very seriously," Adele says, although she now feels, "almost like I disrespected it by getting married and then divorced so quickly. I'm embarrassed because it was so quick."

Reconnecting with her father

The "absolute lack of presence and effort" from her father, Adele tells Oprah, was one of the biggest wounds she suffered as a child, which she says taught her to have "absolutely zero expectations of anybody because I learned not to have them through my dad." Over the past few years, she had reconnected with her father, seriously ill during this time, and learned that he had never heard any of her songs save for her first single, "Hometown Glory," as it was "too painful" for him to listen. Before his passing in April of 2021, Adele was able to play him her entire new album. "His favorites were all of my favorites, which was amazing," Adele said, "and he was proud of me for doing it... it was literally like the wound closed up."

Adele tells Oprah that she initially began a work out routine in order to help get over what she called “paralyzing” anxiety attacks during her break from the spotlight. “It became my time, me having a plan when I had no plans,” she explained. After dropping 100 pounds, she also admits that she was in no way shocked by the online criticism, “or even fazed by it. My body has been objectified my entire career,” she told Oprah. “Am I too big? Am I too small? I never looked up to anyone because of their body... I was body positive then and I’m body positive now. It’s not my job to validate how people feel about their bodies. I’m trying to sort me own life out!”

Now that the cat is out of the bag regarding her relationship with new beau Rich Paul after going Instagram official in September, the singer told Oprah that he's "making it easy on me." She gushed, "he’s hilarious. He’s so funny. And very smart. He’s very, very smart. It’s quite incredible watching him do what he does and just the easiness of it - it’s very smooth.” Adele added, that this relationship is the "first time I’ve loved myself and been open to loving and being loved by someone else.”

Watch a replay of the full Adele One Night Only show now, only on CBS.

Listen to more of your favorite music now on Audacy and check out our all-new exclusive stations curated for fans, by fans.