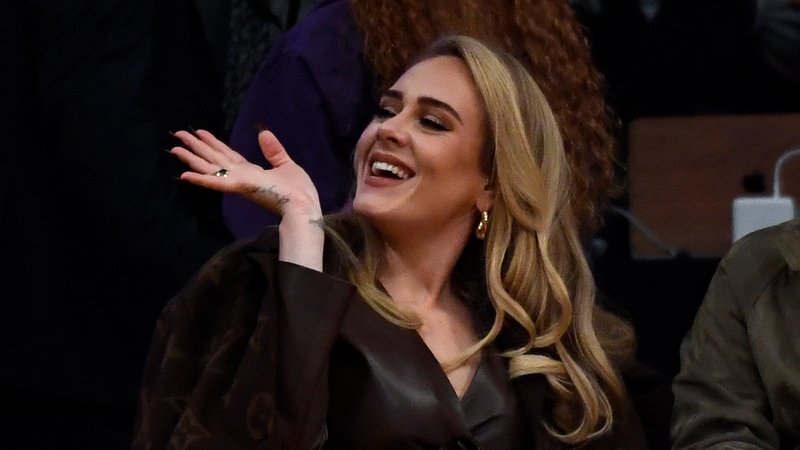 Both Simon and their nine-year-old son, Angelo, were spotted in the audience during the tapping of her upcoming CBS special, Adele One Night Only. Which if you think about it, is an evening of listening to songs from her album, 30, which was somewhat inspired by their divorce. Nope, that doesn’t sound the least bit awkward at all, lol.

Anyway, not to move on from that too quickly but, maybe let’s switch the focus to the fact that, Adele is putting on a concert for the first time in five freaking years!

The tapping took place on Sunday, October 24, at the Griffith Observatory, and like we said Adele sang tracks off her upcoming album 30, which is set to drop next month, just a few days after the special airs.

For the event, the observatory was shut down, with only an additional few select guests invited to watch. Which according to Us Weekly included Drake, Kris Jenner, Ellen DeGeneres, Portia De Rossi, James Corden, Sarah Paulson, Lizzo and Gordon Ramsay.

The “Easy On Me” singer announced her split from Konecki in April 2019 after the two quietly tying the knot one year prior. Early divorce filings showed that the twosome were seeking joint custody of their son, whom they welcomed in October 2012, and joint visitation. And this past January, it was confirmed hat the former couple reached an agreement on their divorce settlement after representing themselves in the case through mediation.

Since her split from Konecki, Adele has moved on to sports agent Rich Paul, whom she’s been spotted with on a few court-side NBA dates since the two started courting.

Talking about her new beau to American Vogue, Adele shared that she’s has thrown away those feelings of being “anxious or nervous or frazzled” when It comes to him, which she finds absolutely refreshing. “It’s wild—and there is no second-guessing,” she said. “I’m a 33-year-old divorced mother of a son, who’s actually in charge. The last thing I need is someone who doesn’t know where they’re at, or what they want. I know what I want. And I really know what I don’t want.”

Love that for her, but we also know what we want, and what we want is for the Adele One Night Only special to air already. But obviously we’re gonna have to wait…

Adele One Night Only airs on CBS Sunday, November 14, at 8:30 PM ET, and will also be streaming on Paramount+.