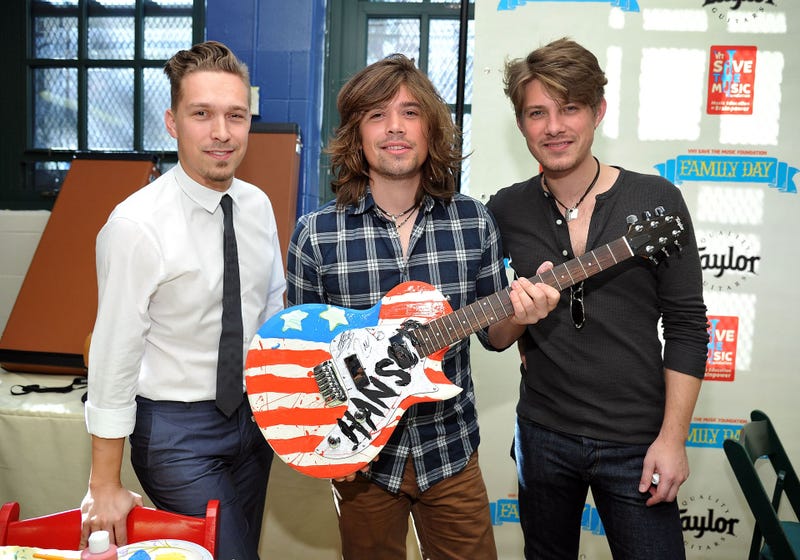 Isaac, Taylor and Zac Hanson of the boy band Hanson have left their musical imprint on the world with hits like "MMMBop,” and with 15 children between the three of them, a musical imprint isn't the only thing they're be leaving.

"We've all been incredibly blessed with amazing kids and amazing families,” Taylor told ET. “I’ve always taken it one at a time, that led us to seven, so I'm just going to hold right now."

While we’re excited to see what the next generation of Hansons bring to the world, we aren’t quite finished enjoying the talents of the OGs, who are celebrating 30 years as a group.

Their seventh studio release, Against the World, is currently dropping across seven consecutive months, with a new single releasing each month. The first single released was "Annalie."

Additionally, the group is hosting a summertime concert series in Tulsa, OK, with each show highlighting different parts of their career. They also have plans for a world tour in 2022.

"I think what's cool about where we are now is we have all this history behind us, but in the grand scheme of things, we have still potentially so many years ahead that I feel like what's around the corner for us is that opportunity to diversify and connect with other people you're passionate about, other projects," said Taylor.

“More than anything we just want to be connecting with those that have stuck with us, followed us, come to shows," he continued. "The best way to celebrate having reached the landmark of three decades is to do what we feel like has kept us there, which is getting out, sharing music, and sharing the love through those songs with people that have been there with us."