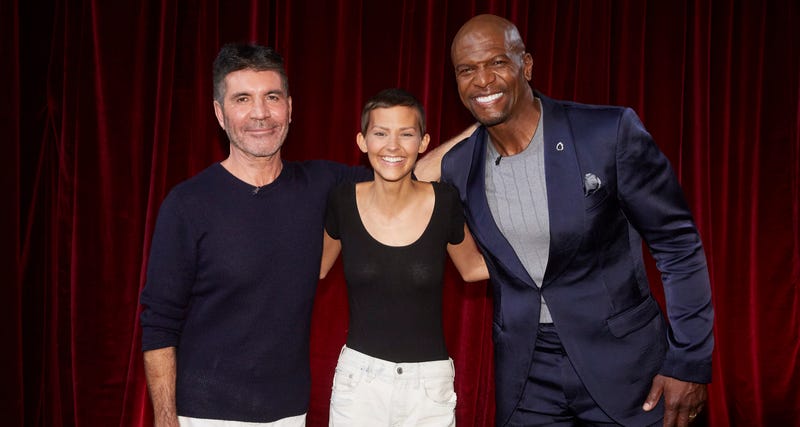 After stepping away from Season 16 of America’s Got Talent to focus on her health, stand-out contestant Jane Marczewski, a.k.a. Nightbirde, paid a visit to the judges and contestants during Wednesday’s results show.

"I cannot say thank you enough for the opportunity to have a moment to share my story and we are witnessing such a beautiful picture of the human spirit," she shared via video message.

The 30-year-old stunned during her audition as she sang an original song titled, “It’s OK,” which has now been viewed more than 200 million times. The song, inspired by the Ohio native’s struggles with cancer, earned her a golden buzzer from judge Simon Cowell.

“It’s a song I wrote for myself, in the middle of the night, when I needed those words so bad,” she shared. “It’s beautiful to see the world welcome that song into their own dark night. I’m overwhelmed by it.”

An emotional Cowell responded, “you made the decision, rightly so, that your health is your priority right now and I know the last time we spoke you actually said that you feel like you let people down. On behalf of all of us, you haven't let anyone down. Even though you haven’t competed – you already won."

Not making the semifinal cut were Gangsta Grass, Canine Stars, Matt Johnson, Beyond Belief, and Sethward.