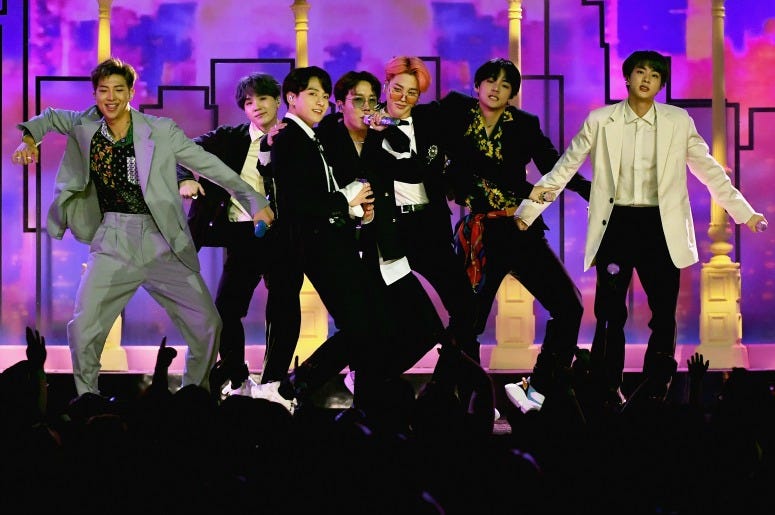 How long does it take for the biggest group in the world to “rest and recharge?” Approximately one month.

After an “official and extended period of rest and relaxation," BTS appears to be back, with the group being spotted boarding a plane this weekend to resume their schedule fueling reports of their return. It comes after their management, Big Hit Entertainment, announced that the chart-topping group would, "rest and recharge in their own personal ways."

“This period of rest will be an opportunity for the members of BTS, who have relentlessly driven themselves towards their goal since their debut, to recharge and prepare to present themselves anew as musicians and creators,” Big Hit explained in a statement in August. Warning fans that, “should you have a chance encounter with a member of BTS while they are on vacation, we ask that you show consideration for their need to rest and enjoy their private time off.”

The next scheduled show for BTS is on October 11. According to Live Nation, the “Boy With Luv” singers will perform at King Fahd International Stadium for their first Saudi Arabia show ever as part of their LOVE YOURSELF: SPEAK YOURSELF World Tour. The group is also scheduled to close out their record-breaking tour in Seoul with three shows at the end of October.

In the month since their break, the ARMY has remained busy on social media, promoting the birthdays of Jungkook and RM, causing both to trend around the world.