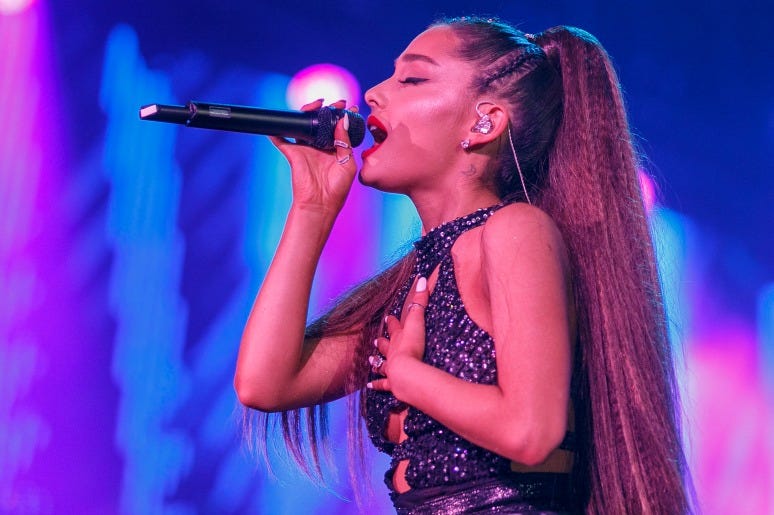 Ariana Grande has unleashed the first teaser for a new song and video called, “Boyfriend”, out this Friday August 2.

In a short clip posted on Monday, Grande sits in a sparse room with Michael “Mikey” Foster and Charles “Scootie” Anderson of the songwriting/production duo of Social House. The group has been occupying the opening slot of Ariana’s Sweetener World Tour, and are also the force behind some of her biggest hits.

u ain’t my boyfriend pic.twitter.com/VNsfoqA9Lo

i even wear @givenchy in my videos :) pic.twitter.com/d5UFWQWRSy

As Grande has achieved chart history, it has been Mikey and Scootie helping to bring her ideas to your ears, having a hand in writing and producing both "thank u, next" and "7 rings."

"7 rings was like, a really organic process" Scootie explained in an interview with RADIO.COM earlier this year. "They looked at us and said, 'hey can you guys make something that would sound cool, kinda like Sound Of Music', and me and Mikey looked at each other and were ahh" he says with a gasp, spinning his head towards his partner.

WATCH MORE: Social House Takes Behind The Creation of "7 Rings"

"They had just went to the Tiffany's breakfast and bought all the rings and everything" Mikey explained, backing up the now legendary story of the "7 rings" inspiration. "They started singing the song and stuff, and me and Mikey just walked over to the piano and just literally started pressing keys."

Will “Boyfriend” be another instant smash from the Ariana? We’ll find out on August 2.

Grande plays Lollapalooza this weekend, and continues her Sweetener World Tour in Europe starting in August. You can find the full list of upcoming dates here.