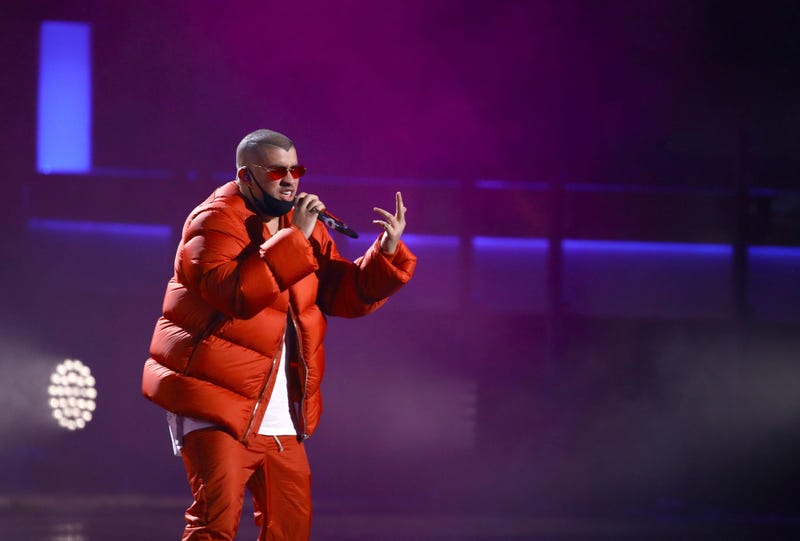 The pandemic may be keeping us all under shelter in place orders for the foreseeable future, but that did not stop Latin superstar Bad Bunny from making the cover of Rolling Stone’s June 2020 issue. In a recent tweet, the publication says they did not let current societal changes stand in the way of interviewing Bad Bunny, they used Zoom, FaceTime and other digital communication tools to ensure the cover story would get published.

How does a Latin-pop superstar spend his lockdown? For our June cover story, Bad Bunny (@sanbenito) talks about dropping two new albums just months apart, making his drag debut, his fight for justice in Puerto Rico and more https://t.co/glaeaRF1Ms pic.twitter.com/3X3mxZojAw

Due to productions and sets being closed, the singer’s cover could not be shot like a typical photoshoot. Subsequently, Bad Bunny was photographed by his girlfriend for the editorial shoot and cover, thus making Gabriela Berlingeri the first Latina to shoot for the cover of Rolling Stone. The article was also penned by Latina journalist, Suzy Expósito, making it the first cover story in the music magazine’s history to be written by a Latina.

Bad Bunny’s cover story documents how he is coping in quarantine, while also highlighting two albums that were dropped almost back to back, his first ever drag performance and the advocacy work that he does for equality in his native, Puerto Rico.

“I feel a big commitment to the community,” he shares. “Now that we are in quarantine, 108 cases of gender-based violence [have been reported] in Puerto Rico. As a human being, violence against women affects me. So I am going to do what is within my reach to [work] against that. … My message shouldn’t be a feminist message. It’s a universal message.”