When Becky G teamed up with BTS’ J-Hope on “Chicken Noodle Soup,” she also received the rights to lifetime adulation from an exclusive club: the ARMY.

One of the most dedicated fan bases in the world showered the singer with praise for her part in making over the old school hip-hop track. They especially loved the video that featured the 22-year-old and J-Hope turning a steamy LA parking lot into their own personal dance floor. 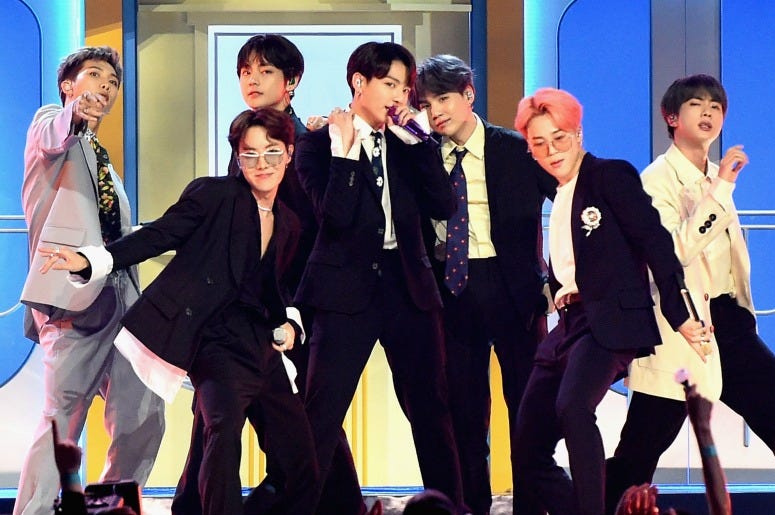 Fast-forward a few weeks and we’re getting Becky G and BTS back on each other’s minds. The singer and the K-pop superstars reconnected by phone to revel in the success of the trilingual banger.

“Thank you guys so much for receiving me with open arms,” Becky G told the ARMY in our interview. “It has been a very life-changing experience, I would say. To obviously collab with one of the dopest, flyest, talents in the world. J-Hope, when he brought the song to the table ‘Chicken Noodle Soup’ – it was like a whole process… I’m just really thankful to all of you guys for being so awesome and I hope it’s a little love relationship that will continue for a long time.”

Becky called the ARMY passionate and said she now knows what they know – that J-Hope is dedicated to perfecting his craft and his art, and BTS sent the compliment right back at Becky G.

“It was so hot back in LA (during the video shoot), but Becky – she was so sincere and she worked so hard,” RM said.

Becky G and BTS first met backstage at the Billboard Music Awards in May. In August, the ARMY spotted J-Hope flying to the U.S. alone and they knew something was up. By September, the world had the collaboration in its hands.