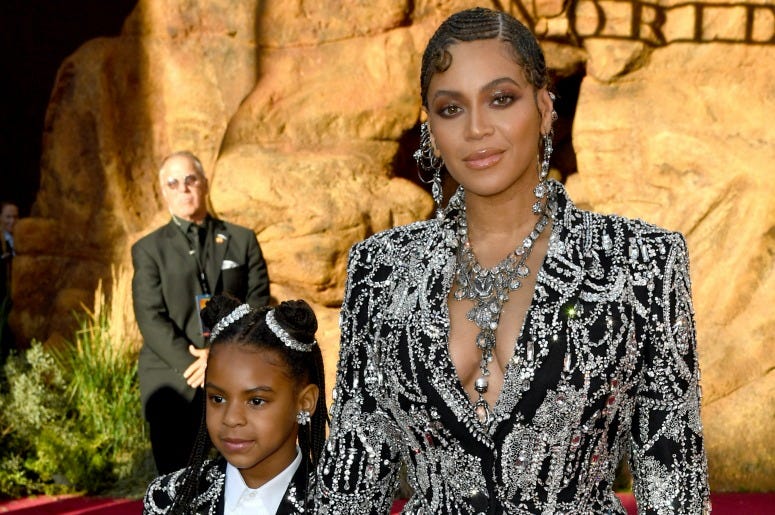 We already knew Beyoncé was a boss, but she’s getting ready to take it to new levels. The singer is set to drop new items from her Ivy Park line on January 18, continuing her reign as the only African-American woman to have complete ownership of a global athleisure brand. She’s also one of the youngest. To celebrate the new line, Bey talked with ELLE and opened up about more than just fashion.

“My mother instilled in me the idea that creativity starts with taking a leap of faith – telling your fears they are not allowed where you are headed. And I’m proud to do that with Adidas,” she says of the new partnership which will feature shoes, jewelry, and more. “I am excited for you to see the campaign for the first collection of this new partnership. It incorporates my personal style and expands that to include something for everyone.”

In the ELLE interview, Beyoncé also took questions from fans including one asking if we would ever see her in the supermarket or Target. “The last time I went to a supermarket, it was more like a bodega before a Madonna concert. Jay and I snuck into one in Crenshaw and bought some Cuervo and Funyuns chips,” she says. "And... y’all know you see me at Target and I see y’all trying to sneak pics.”

Another fan asks Beyoncé if she was disappointed in not winning awards for her Homecoming film, and she uses it an opportunity to open up about what miscarriages have taught her about real success.

“I learned that all pain and loss is in fact a gift. Having miscarriages taught me that I had to mother myself before I could be a mother to someone else. Then I had Blue, and the quest for my purpose became so much deeper,” she confesses. “I died and was reborn in my relationship, and the quest for self became even stronger. It’s difficult for me to go backwards. Being ‘number one’ was no longer my priority. My true win is creating art and a legacy that will live far beyond me. That’s fulfilling.”

You can read more from Beyoncé cover story with ELLE here. The new collection from Adidas and Ivy Park arrives January 18.