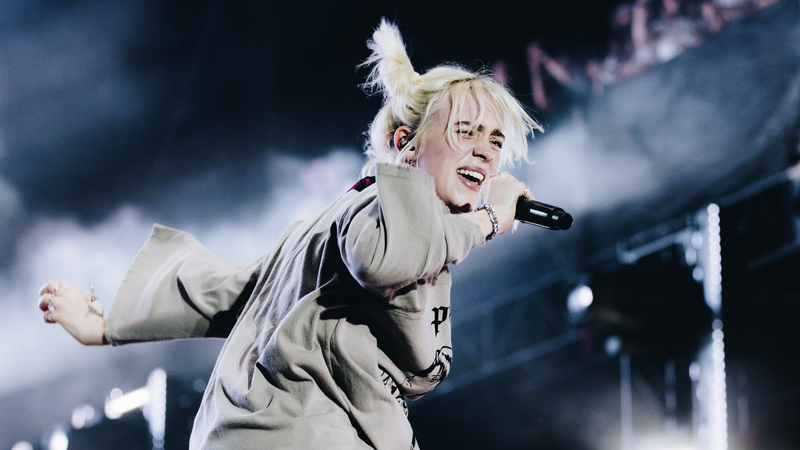 During her headlining performance at the annual Texas festival, Austin City Limits, Billie Eilish took a moment to speak out against new SB8 abortion laws recently enacted in the state.

Enacted in September, the new laws prohibit abortions after six weeks, with no exceptions for rape and incest, and very few for health reasons. It also allows private citizens to sue abortion providers, as well as anyone who aids a woman — “from the person who drives a patient to the clinic to someone who lends them money for the procedure” — in federal court for $10,000 or more.

"When they made that s*** a law," Eilish said between songs, "I almost didn't want to do the show, because I wanted to punish this f***ing place for allowing that to happen here. But then, I remembered that it’s you guys that are the f***ing victims, and you deserve everything in the world. And we have to tell them to shut the f*** up." Concluding by raising her middle finger, Billie shouted: “My body, my f***ing choice!”

Despite her initial hesitation, Eilish seemed very glad she ended up going through with the her ACL performance. Taking to Instagram to post a series of photos which she captioned, "last night was f***ing crazy. one of my favorites.”

As far as speaking out against Texas' laws, Eilish isn't the only celebrity to do so. P!nk, St. Vincent and Barbra Streisand are also among the many artists who have criticized the state’s new law." Have we gone backwards in time?" Streisand asked. "Isn't it interesting how putting on a mask is 'violating their body' but abortion rights is not?”

Check out their tweets below and watch Eilish blast Texas' abortion law in the clip here.

I stand in solidarity with people in TX who, as of today, face an extreme 6-week abortion ban. This ban, #SB8, will be the blueprint for bans across the US. Unless we do something about it. #BansOffOurBodies https://t.co/jE7GCOneg4 pic.twitter.com/DeuSzOBGiN

I stand in solidarity with my fellow Texans who, as of today, face an extreme 6-week abortion ban. This ban, #SB8, will be the blueprint for bans across the US. Unless we do something about it. #BansOffOurBodies https://t.co/8aXb5yZOwu pic.twitter.com/CQMLyE40Lf