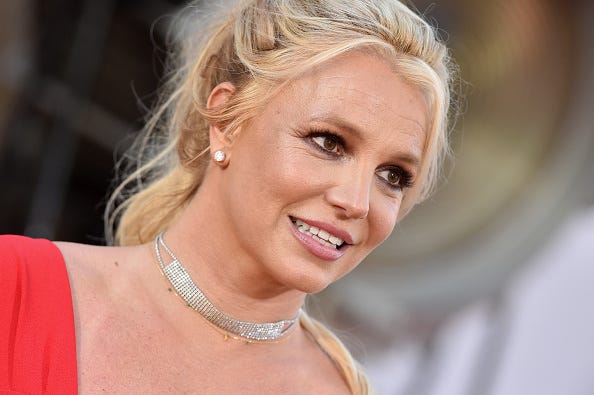 As events have come to a head during Britney Spears' virtual appearance in court surrounding her hearing on her years-long conservatorship, the global superstar has come forward to say that she wishes for an end to the alleged “abusive” control of her life and to remove her father, Jamie Spears, as the conservator of her estate.

Appearing on Zoom, on Wednesday, June 23, Britney requested that her testimony remain open to the public, and added, “they’ve done a pretty good job exploiting my life.” The singer finally shared her side of the story after 13 years of the Jamie Spears-run conservatorship.

Britney also spoke about being given Lithium for the last eight years and called it a “strong drug.” She said her life has been like a sex trafficking victim and sites being forced to work every day. She told the court, “The people who did this to me should not be able to get away and walk away easily.”

Spears also explained that she did not know she could petition the court. According to Britney, her court-appointed lawyer, Samuel D. Ingham advised her not to share the details of the abuse she has sustained throughout the conservatorship.

She said, “All I want is to own my money… and for this to end… and for my boyfriend to be able to f***ing drive me in his car. And honestly…. I want to be able to sue my family.”

Staff writer for Forbes, Madeline Berg has been live-tweeting Spears’ testimony, quoting her as saying, “I want changes. I want changes going forward, and I deserve changes. It's my wish and dream for all of this to end.”

The hearing, taking place at Stanley Mosk Courthouse in Beverly Hills, has been long-awaited, with Spears being predominantly quiet throughout the legal proceedings until now.

"I want changes. I want changes going forward, and I deserve changes," Britney Spears formally requesting the end of her conservatorship in a moving speech to the court. "It's my wish and dream for all of this to end.

The 40-year-old, who has been under the conservatorship for 13 years said, “I've told the world I'm happy and OK.” But she explained that in reality, “I'm traumatized. I'm not happy, I can't sleep.”

Additionally, an editor at The Guardian, Alex Needham has reported that Britney told the court that under the constraints of the conservatorship she is restricted from removing her IUD so that she cannot conceive another child. Spears also alleged she was not allowed to get married and the IUD was implanted against her will.

Spears’ court-appointed attorney, Ingham has stated, “I am happy to take guidance from the court on how to set up replacing me. I serve at the pleasure of the court and if the court decides I should be replaced I am fine with that.”

Ingham: I am happy to take guidance from the court on how to setup replacing me. I serve at the pleasure of the court and if the court decides I should be replaced I am fine with that #BritneySpeaks #FreeBritney