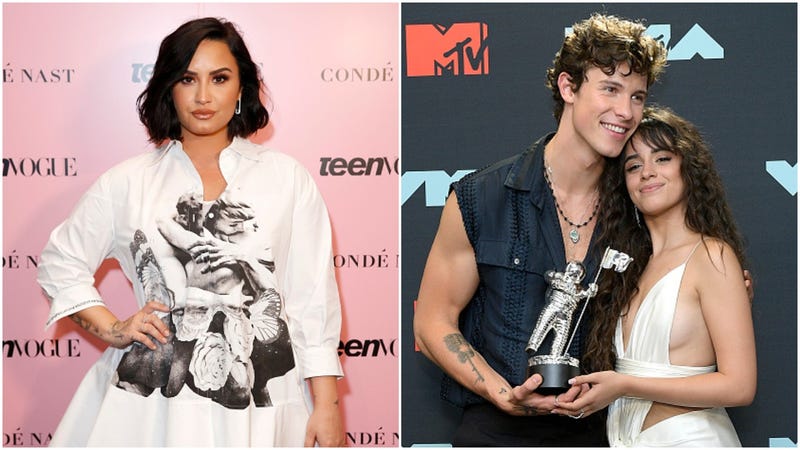 At 27, Demi Lovato is already feeling like an elder compared to the burgeoning crop of younger pop stars.

The “Confident” singer revealed she received a surprise gift of flowers from Camila Cabello and Shawn Mendes and it left her with conflicting feelings, reported Page Six.

The “Senorita” GRAMMY nominees sent over the bouquet with a note that Lovato shared on Instagram.

“Hey Demi, We’re Thinking Of You Talking About How Much You Inspired Us When We Were Kids,” read the card, which was signed,  “Love, Shawn & Camila.”

While completely appreciative of the gesture, Lovato also didn’t hide how the “when we were kids” part made her really feel.

“This is so (expletive) sweet and cute...and I also feel old now but it’s totally worth it because this is so thoughtful. Thank you guys so much!” she replied. “I love you both.”

For the record, Cabello is 22 and Mendes is 21. So they aren’t that much younger than the “Cool for the Summer” songstress.

But to put it more in perspective, Lovato has been in the business for more than a decade having secured her breakout role in the 2008 Disney musical Camp Rock at the age of 16.

So, chances are Cabello and Mendes were pre-teen kids when they first got inspired by Lovato’s talents.

Lovato also mentored Cabello’s early career having been a judge on The X-Factor when the “Havana” singer’s former group, Fifth Harmony, competed on the show in 2012.

Despite joking about feeling old, Lovato has been rejuvenating her acting career as of late. In addition to appearing in Will Ferrell’s upcoming Netflix comedy Eurovision, she’s set to star in three episodes of Will & Grace.

Earlier this week she posted a snap from the NBC set in character sporting a baby bump with the caption, “Real or fake?”

Fans will have to tune in to find out the exact details of the storyline when her episodes air later this season.