The whole world should be rooting for Camila Cabello and Shawn Mendes to win a GRAMMY for “Seńorita.” Not that the other nominees for Best Pop Duo/Group Performance aren’t worthy. It’s just that Cabello is promising an epic acceptance moment.

“If Shawn and I win the GRAMMY, we will walk on stage in our underwear like Twenty One Pilots did. That’s a promise,” she told RADIO.COM before quickly pulling the rug out from under us. “Just kidding. It’s not. I gotta work out before I do that.” 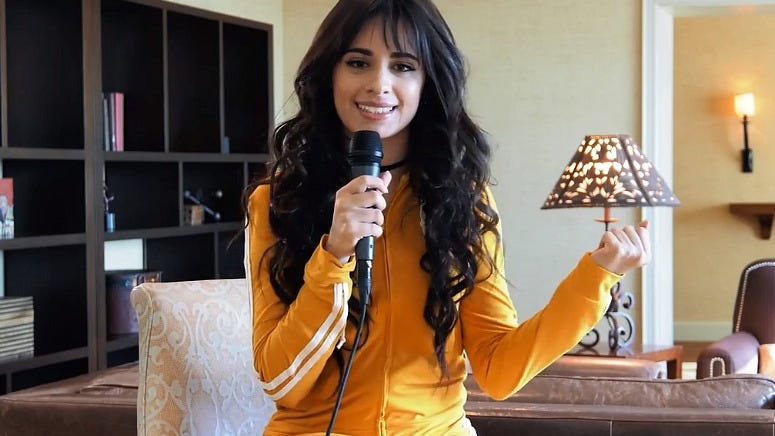 That leaves the music, which stands on its own anyway. “Seńorita” was everywhere in 2019 and fueled the initial rumors that Cabello and Mendes were a thing. The talented couple became official in July, but Camila later revealed that she initially developed feelings for Shawn during their first collaboration in 2015.

And while most couples are just happy to go to the movies together, Cabello and Mendes have a date at the GRAMMYs this weekend. Camila says it’s amazing to experience something so prestigious with the love of her life.

“It feels really special to get to share that kind of experience with someone that is first and foremost my friend that I’ve known for such a long time,” she said. “He was actually the first person, I think, that I wrote a song with, which was when we did our collaboration ‘I Know What You Did Last Summer.’ Flashing back to then when we were just two kids in a dressing room writing a song really quickly.”

That’s the 2015 moment she was talking about, and if things go their way, Camila and Shawn will have another moment at the 62nd annual GRAMMY Awards on January 26th.