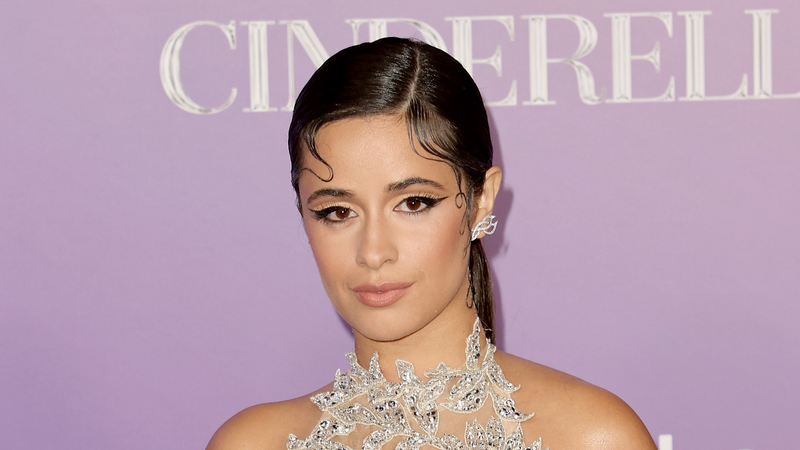 We were already just the right amount of obsessed with BBC Radio 1 Live Lounge after Miley Cyrus’ folksy cover of Lana Del Rey’s “Summertime Sadness,” or so we thought. But now that Camila Cabello blessed us with this Cumbia cover of Olivia Rodrigo‘s "Good 4 U," we’re fully invested and notification alerts have been officially set.

Listen to your favorite music now on Audacy and to fulfill all of your Camila Cabello musical needs check out Audacy’s exclusive Camila Cabello Radio station now playing on the Audacy app.

Before we go on imagining what cover we might hear next, let’s give Camila’s the proper attention it deserves. “Mixed it up a little on @bbcradio1’s live lounge! #good4u by queen @oliviarodrigo 🌹,” Camila captioned the video of her her silky smooth vocals signing a sultry version of the angsty teen bop.

Backed by a six-piece band and three background singers, Camila was giving us major 2021 wedding singer vibes during the entire performance. Seriously though she was surrounded by white flowers, and wearing a chic white bedazzled and feathered pant suit featuring an epic train. Dare we say we see another remake in her future?

Anyway, before performing the track, Cabello shared her thoughts on the original version and her love for the artist who sings it.. "So excited to perform this. I love that song," Cabello said before turning the talk to Olivia. "I think she's a really amazing artist and I love so many of the songs that she's released, so yeah I'm happy to do this song in a new way. We were really inspired by, obviously, Latin music and making it kind of like a Cumbia version.”

“I feel like she's such an incredible vocalist, Cabello continued. "This song was a challenging song to practice. It's really high and demands a lot of breath, and I was excited to do it because I like her punk rock vibe.”

Well, girl - you nailed it.

As well as the Latin-infused cover, Cabello sang “Don’t Go Yet,” the lead single and not to mention first song in almost two years, set to appear on her forthcoming third studio album, Familia, dropping next month.

Check out Camila take on Olivia’s track with a twist above, as well as her live rendition of “Don’t Go Yet,” below.