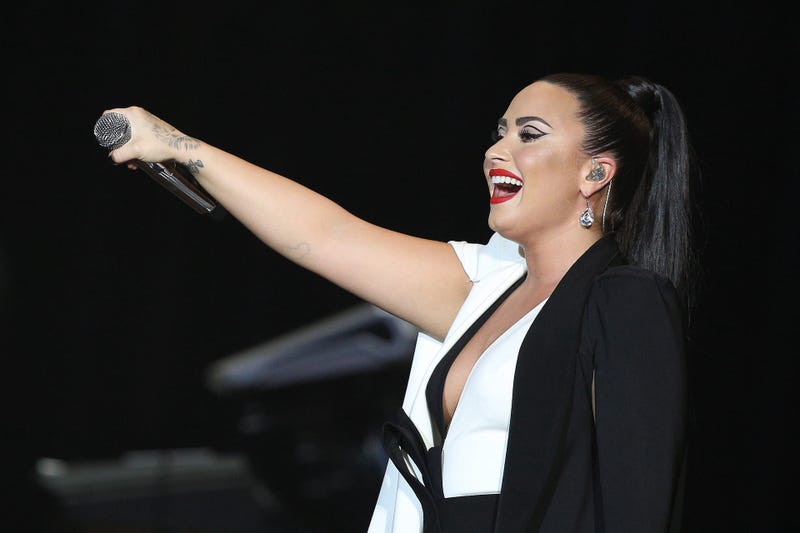 Demi Lovato took their love for Schitt’s Creek to another level when they decided to slide into actress, Emily Hampshire’s DMs to ask her on a date. Bold move, Demi - and we’re here for it!

Listen to your favorite music now on Audacy and check out Audacy’s exclusive Demi Lovato Radio station for a mix of all of Demi’s hits and more.

Hampshire, who played Stevie Budd on Schitt's Creek, joined Lovato on their podcast, 4D with Demi Lovato, and the pair shared all the deets on how things went down.

"Can I say how we first met?" Emily asked Demi during the episode. "I think it's really funny."

"Sure, go for it. I don't care,” Demi responded while laughing.

Emily explained, "You slid in my DMs and you said, 'Hey... I like you on the show, we should kick it sometime.' Then, you said below it, you said, 'And by kick it, I mean like go on a date, I find you attractive.' Like you made it clear that it was like a date and I loved that 'cause I was like, sometimes that's confusing."

Hampshire and Lovato went on to explain their age gap with Hampshire being 40, and Demi being 29. Emily recalled Lovato attempting to ease concern by comparing their situation to couple Sarah Paulson (46) and Holland Taylor (78).

Emily, thank you so much for coming on the podcast 💕Listen now wherever you get your podcasts https://t.co/deSod8AV8M pic.twitter.com/o2Oj57RO6T

"You also said, 'Think of Sarah Paulson and Holland Taylor.' And then right after you were like, 'I don't mean you're the Holland Taylor!'" Hampshire said. "I thought it was the funniest thing in the whole world because I was a Holland Taylor in that situation. Proud to be."

Lovato went on to admit the Paulson-Taylor comparison wasn’t their “smoothest move,” but has no regrets shooting their shot.

Demi explained, “And they, she - at the time I was a she - she was dreaming, she was dreaming big. I was like, 'What's the worst that can happen,' and then I made a really good friend."

She continued, “Like you're a dope friend! And I'm happy that we became friends," Demi told Emily.