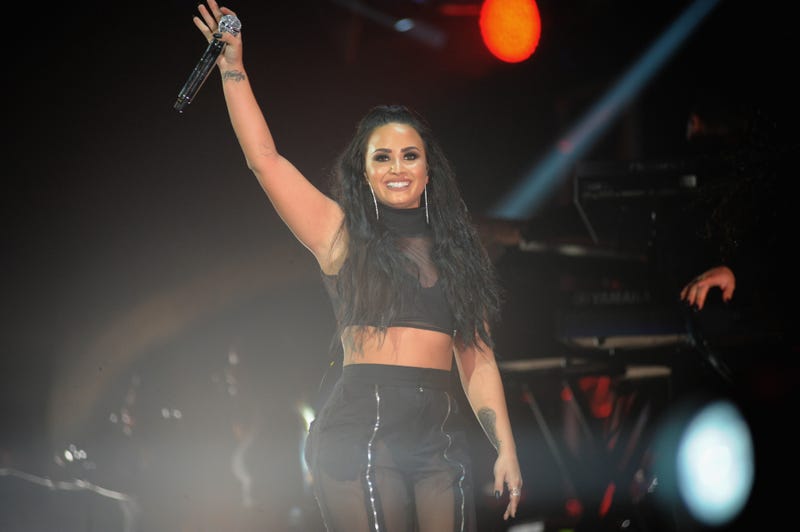 Demi Lovato is headed out of this world with her next venture, a new Peacock series titled Unidentified with Demi Lovato.

The four-episode docuseries will feature Lovato alongside her best friend Matthew and sister, Dallas, as they search to uncover the truth about UFOs. The trio will document their experiences as they work alongside UFO experts, investigate eyewitness encounters and run tests at known UFO hot spots.

“SURPRISEEEEEE!!!” Lovato posted on her Instagram announcing the project to fans. “I’m hitting the road for an out-of-this-world adventure for my new show Unidentified & I’m taking you guys along for the ride… I can’t wait to share more.”

Lovato is all-in on the series. While scheduled for a star role, she is also acting as executive producer.

In the documentary, Demi shared with fans she is not fully sober, and doesn’t have immediate plans to be. Lovato refers to her approach as “California sober,” which ultimately means she allows herself to enjoy moderate amounts of weed and alcohol.

“Recovery isn’t a one size fits all solution and you shouldn’t be forced to get sober if you aren’t ready. You shouldn’t get sober for other people. You have to do it for yourself.”

After receiving lots of backlash surrounding her decision to be “California sober,” Lovato decided to take a more private approach when it comes to recovery.

“For me, I’ve decided that I’m probably never going to discuss the parameters surrounding my recovery and what that looks like,” she shared in an interview. “When I do get into details with people, it just kind of opens myself up for more scrutiny than I need.”