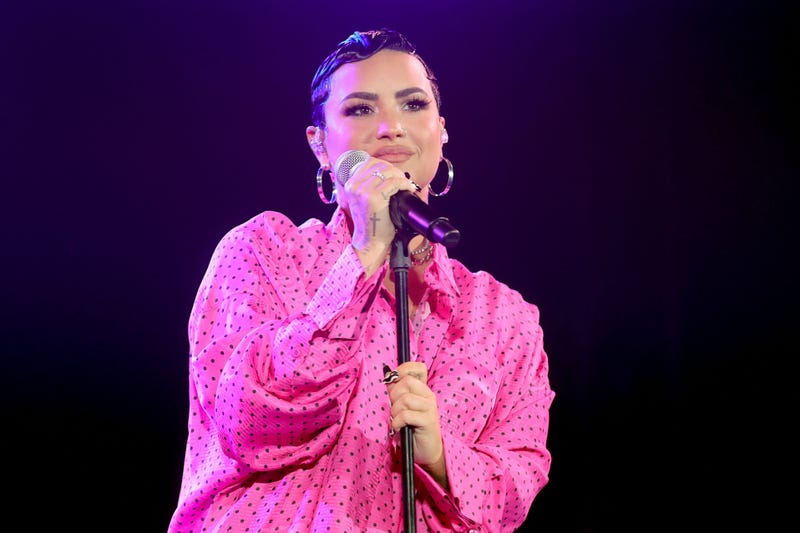 In 2021, Demi Lovato has arrived at a place where they are able to live their “truth as loudly as possible without a care in the world.”

During a one-on-one conversation with Hoda Kotb, the artist explained how coming out as non-binary has allowed them to feel more free and help others understand gender identity. Demi spoke openly about what lies ahead for them, particularly in regards to having children and finding love.

Identifying as pansexual, Demi shared, “I am attracted to human beings and it doesn’t matter what you identify as…. I just don’t hold myself back from sharing my love with anybody.”

In terms of dating, Demi’s possibilities are vast. The singer is simply looking for uncomplicated love, adding, “I’m very fluid, so I date men and women.”

However, the superstar made it clear that they don’t need to be in a relationship to feel fulfilled. They noted, “I would say I'm pretty happy. I think that happiness is not a constant state of being. I think that I'm very content, and I have moments of happiness and moments of bliss and joy that are so fulfilling.”

In the last year, the “Dancing with the Devil artist spoke about consider having children and starting a family, but when speaking to TODAY’s Kotb, Lovato explained, “I don’t know. I used to really want that, and then, as I'm approaching my 30s without children, it's pretty nice. I have maternal instincts, I love my animals, and I used to really think that one day I would love to be a parent.”

As of now they are “going with the flow, and if life presents itself with a child in the future, then it does and we'll take it.”

Aside from focusing on romantic possibilities and kids, Lovato just unveiled a new streaming series on Peacock. Unidentified with Demi Lovato premiered on Thursday and examines the idea of aliens, extraterrestrial life, and UFOs.

Attempting to make contact with other life forms, Lovato explained, “what I mean by ‘making contact’ is just by putting the intention out into the universe that you will see something from another world and then you see something that you can’t explain.”

A believer in the idea that there are other life forms out there, Lovato adds, “I am totally okay with people thinking that I have lost my marbles, but I have seen some things in the sky that I cannot explain.”

Check out Unidentified with Demi Lovato, now streaming on Peacock.