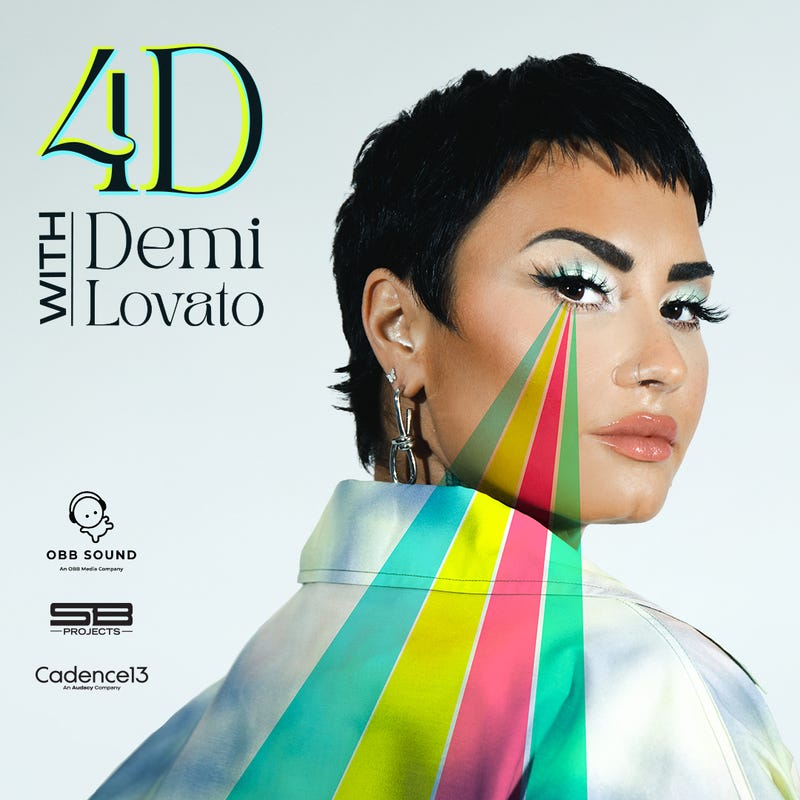 Give your heart a break with this new podcast.

The news was first reported by People on Wednesday.

The weekly show will feature a wide range of guests and discuss issues that are near to Lovato's heart - mental health, identity, creativity, LGBTQ rights, body positivity, and more.

Some guests include Glennon Doyle, Chelsea Handler, Jane Fonda, and Jameela Jamil with more guests to be announced soon.

Want to watch while you listen? Each episode of Lovato's podcast will be featured in video form on Lovato's YouTube page every Wednesday.

“Living in the Fourth Dimension means existing consciously in both time and space, but for me, it means having conversations that transcend the typical discourse,” said Lovato.

That’s my goal with this podcast. With my production partners at Cadence13 and OBB Sound, the 4D podcast will be my place to highlight causes that are close to my heart and elevate my guests’ platforms to an audience they might not have previously reached."

I want to bring listeners with me to learn from experts about timely topics and create a healthy discussion that ultimatelycultivates more compassion for one another," she concluded.

"4D with Demi Lovato" launches on May 19 on the Audacy app. Listen to the trailer now.