Like many people currently self-isolating or under quarantine because of the coronavirus pandemic, Demi Lovato is finding ways to deal with anxious and depressing thoughts due to the crisis. 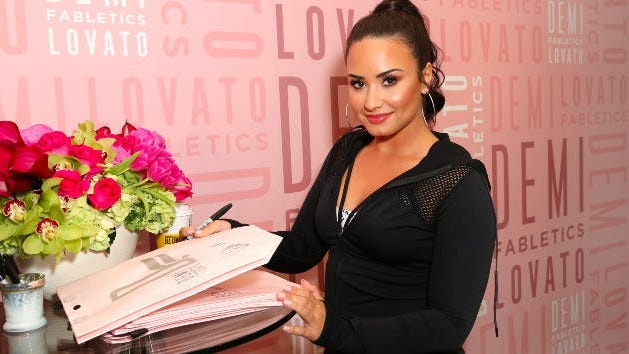 The pop singer virtually stopped by The Tonight Show on Tuesday to chat with Jimmy Fallon about the importance of taking care of your mental health during this stressful time.

“It’s so important right now, because we’re alone with our thoughts right now,” Lovato shared, before noting that some people are home alone. “It’s really just them and their minds and those voices in your head can get really loud.”

Lovato suggests that people lean on things that soothe them like meditation or belief in a higher power to deal with intrusive and negative thoughts. “Playing with animals. Whatever you can do to continue to grow spiritually and emotionally while we’re stuck in these houses.”

She sees this time as a “critical point for humanity” and says that “we all have to use this as an experience and a chance to grow. And it doesn’t mean we have to write a New York Times best-seller during this quarantine but do little things every day.”

The “Sorry Not Sorry” singer may be isolating, but that doesn’t mean her social life has taken a hit. Lovato’s manager Scooter Braun invited her to a Facetime group he created for his famous friends, which includes reality stars, pop divas, and even a former president.

“The first night that I got on, I answered the phone and it was Bill Clinton on Facetime,” Lovato shared. Katy Perry and Ariana Grande were also on the call, and Lovato says that every night “it’s somebody new that’s the guest of honor,” though the person that left her the most starstruck was probably Mark Cuevas, a breakout cast member of the hit Netflix reality series “Love Is Blind.” 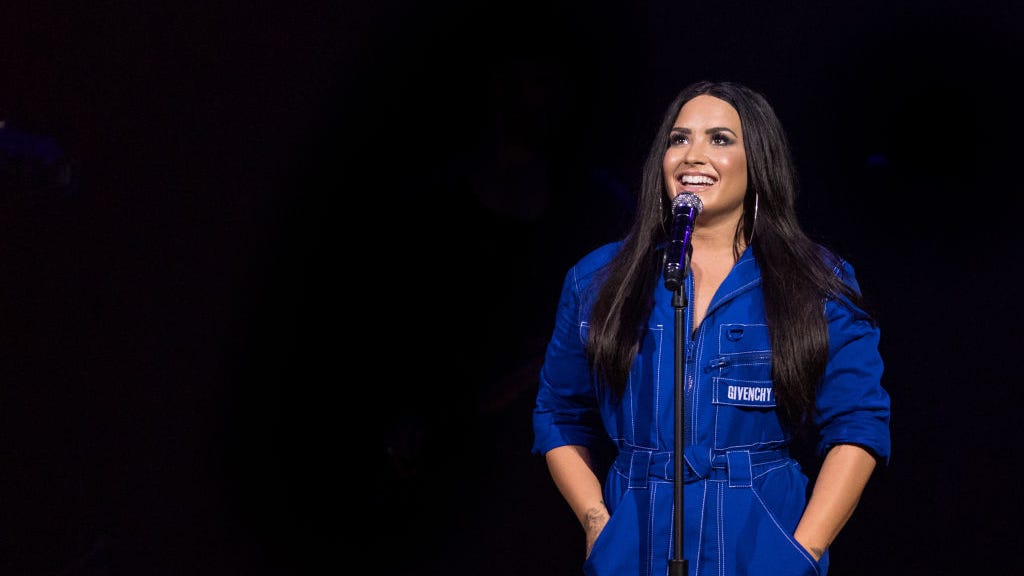 While on the show, Lovato also sang her latest single, “I Love Me” and told Fallon that she misses him and the pickles he made for her. “They were literally the best pickles I ever had!”