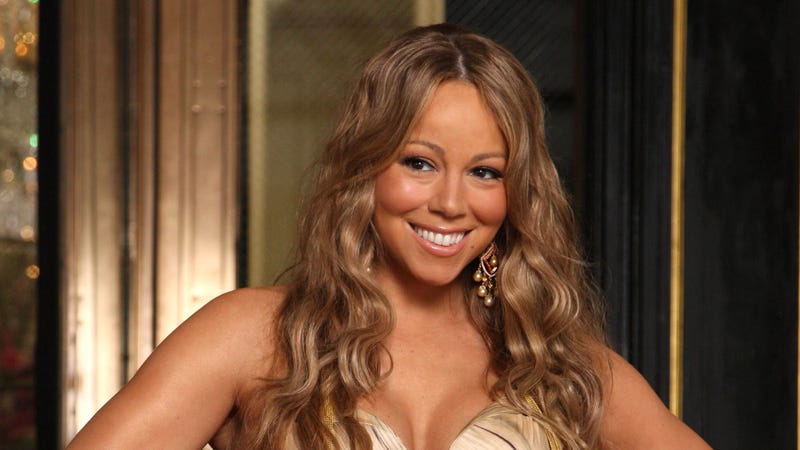 The "He Said, She Said" relationship between Pop diva Mariah Carey and Detroit rapper Eminem is one to be enshrined in some sort of historical record for future generations to ponder and debate.

Since the early 2000s, the pair have gone back and forth over assertions and denials regarding any past flings, with each artist addressing the situation in their respective music.

In a TikTok post that she recently shared to her 10 million-plus followers on Instagram "just for laughs," Mariah posted a fun video of her taking part in one of the pandemic lockdown’s many viral challenges when all we did “was wipe tings down."

Wiping a mirror to reveal three different versions of herself, Carey is shown in a face mask and hair curlers, a stunning evening gown, and dressed as her stalker persona from her 2009 music video for "Obsessed" - a character allegedly based on Slim Shady.

Mariah used the hashtag #HappyAnniversaryObsessed at the end of her caption, leaving no doubt as to whom she was portraying. 2021 serves as the 12th anniversary since the release of the beloved track.

Mariah published her New York Times bestselling memoir The Meaning of Mariah Carey last year, featuring stories from her childhood through her iconic career -- and is now available in paperback and audiobook formats.

In more recent news, Mimi shot down rumors of her parting ways with JAY-Z's management company Roc Nation after an "explosive meeting." Mariah swooped in to clear everything up, shaking off the “lies” about any issues with one tweet. "The only ‘explosive’ situation I'd ever ‘get into’ with Hov is a creative tangent, such as our #1 song ‘Heartbreaker’!! To the people who make up these lies I say ‘Poof! —Vamoose, sonofa*****’!,” Mariah says. She has since taken on new management.