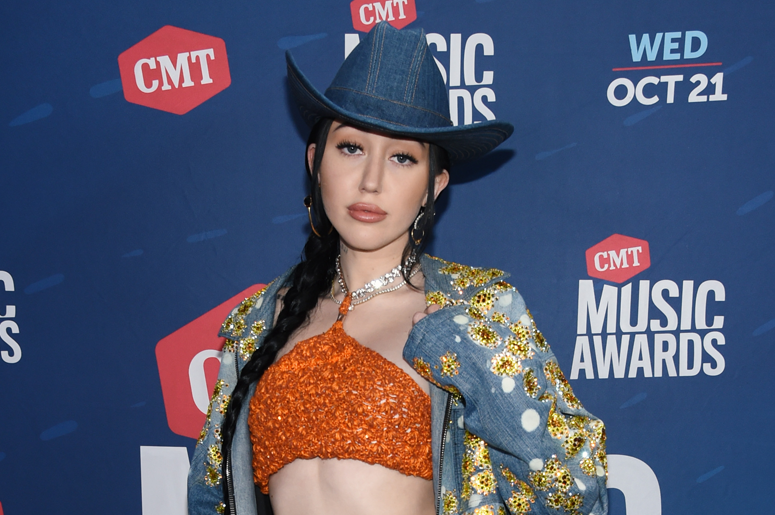 She’s a Cyrus all right. Besides the singing chops, Noah Cyrus is giving her sister Miley a run for her money in the sultry music video for her new single “All Three.”

On the track Noah sings of her longing to fall for “someone good,” however finds herself once again playing games with a toxic lover. In the Tyler Shields directed visual, Noah is stripped down both emotionally and physically, as flashing scenes weave between solo passionate scenes and ones with her tattooed boy toy.

“Darling if I could / I would fall for someone good / Someone good for me,” she sings in the chorus of the quite intimate track. “But we’re suckers for the thrill / Playing ****, marry, and kill / Honey we’re all three.”

With it’s intimate honesty and her wearing of nipple pasties, were getting extra Miley vibes on this one. Now, whether she out-did her older sis or not, well that’s a matter of opinion. We know what we think.

Either way Noah is doing her thing and paving her own path as an artist. “All Three” follows the release of Noah’s The End of Everything EP, released back in May. Cyrus also landed a Best New Artist nomination at the 2021 GRAMMYs, to be held next month.

Check out the “All Three” music video below.