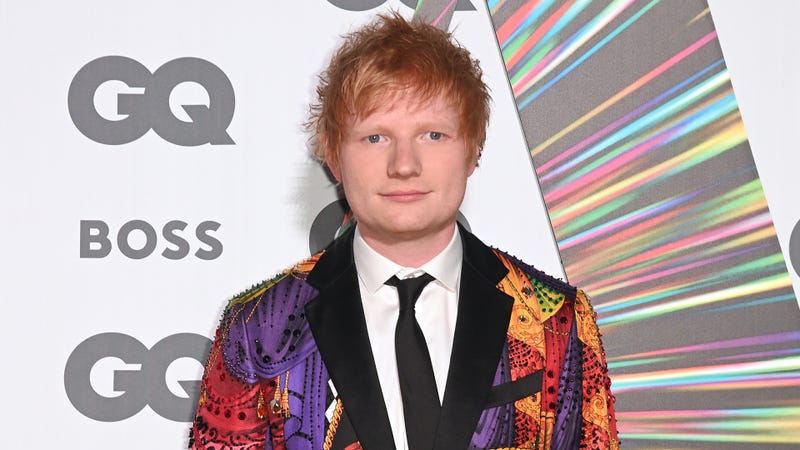 Ed Sheeran is celebrating the upcoming arrival of his newest single, “Shivers,” and is leaning on one particular Pop legend to get “glammed up” for the promotion of the new track.

With his fourth solo album, =, launching this Friday, September 10, Sheeran posted a photo on Instagram on Wednesday, September 8, letting fans know that ‘Shivers” is just around the corner, and his look is very reminiscent of the great Elton John.

The “Shape of You” singer humbly boasts, “My brand new single Shivers is out friday. I glammed up for the occasion.”

By “glammed up” Sheeran is referring to his sequined, skin-tight pants, silver metallic, tasseled jacket, and his massive feathered collar. Plus, to top off his Elton-inspired garb, Ed dons a pair of large magenta-tinted glasses that are studded with rhinestones.

Sheeran and John have cultivated a deep friendship, and Ed turned to Elton for parenting advice when his daughter, Lyra was first born. Everything we know about Ed Sheeran's new album, 'Equals'

Last week, when the artist announced his newest single on social media, Sheeran wrote, “So my second official single from my 4th studio album is called ‘Shivers,’ and its out September 10th. I wrote this as soon as the Divide tour ended in a rented farm in Suffolk where we had set up a studio for a couple of weeks to see what happened.”

He continued, “It was written over the course of 3 days which is very different for me, but I felt it was too special to get wrong. It was originally meant to be the first single but I just didn’t see a world where ‘Bad Habits’ existed if it didn’t come out in the summer. Shivers felt more autumnal. I hope you like it, I bloody love it. The video is wild, but you’ll see that next week.”

Listen to more of your favorite Pop music on Audacy's exclusive stations like Ed Sheeran's Favorites, Let's Get Social, Beach Beats, Now Dance, Collabornation, and much, much more!