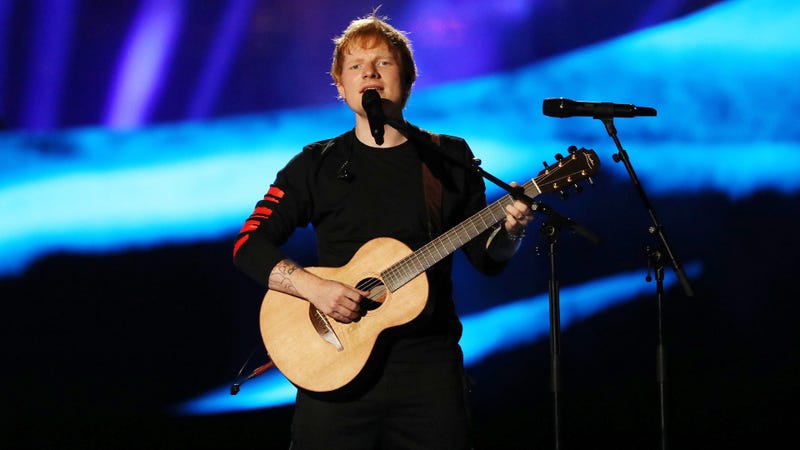 The Voice is set to get an injection of some serious star power. Not that it needs it, but the latest addition makes us giddy with excitement anyway.

Ed Sheeran will be joining season 21 of The Voice as a Mega Mentor beginning on October 25 to help contestants prepare for the Knockout Rounds.

Aiming to break any “Bad Habits” (see what we did there? OK, we’ll stop), Sheeran will be working with performers to help hone their vocal skills and prepare them for their best chance to progress in the show.

Sheeran will also work alongside coaches Kelly Clarkson, Ariana Grande, John Legend and Blake Shelton to advise on contestants before they get paired off together ahead of the Knockout Rounds.

His addition to The Voice isn’t the only exciting news in the world of Ed Sheeran. In a new interview, Sheeran revealed that he’ll be collaborating with Elton John on a new Christmas song.

Apparently John reached out to Ed last year after his song “Step Into Christmas” made it into the top 10 on the UK charts for the first time ever.

“Elton rang me on Christmas Day to say Merry Christmas. Elton rings me almost every single day,” Sheeran said. “He said, ‘Step Into Christmas is Number 6 in the charts! I want to do another Christmas song – will you do it with me?”

Neither Ed or Elton have revealed much beyond that, but they’re doing their part to ensure it’ll be a very merry Christmas indeed.

While you're here, watch our rapid-fire Q&A session with Ed below where he talks about wanting to collaborate with Elton.

"What the f**k?!" @edsheeran isn't shy when it comes to letting us know which American food he can't stand! 🤣

ICYMI: Watch the replay of his exclusive performance of #BadHabits and #Shivers on our FB Live: https://t.co/Izgo4IfP6P pic.twitter.com/QbdmY4D8qu