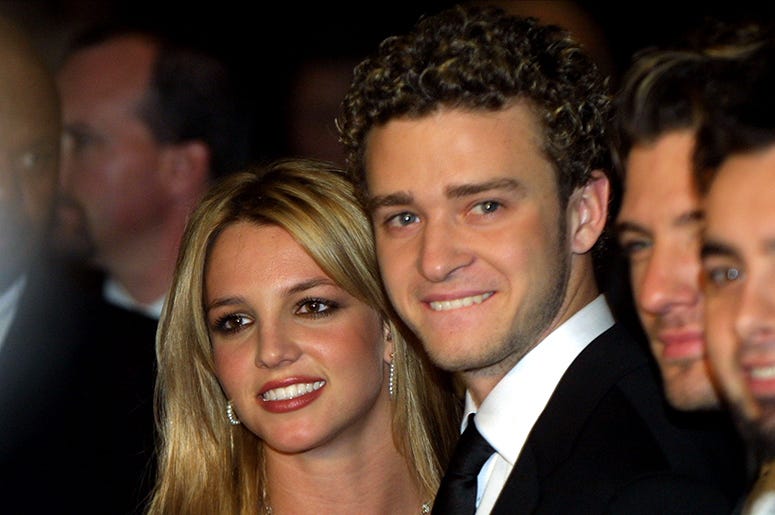 It's been nineteen years since Mousketeers-turned-pop-stars Britney Spears and the youngest member of *NSYNC, Justin Timberlake, were an item -- but a lot sure has happened to, and for, both celebs in those almost two decades.

From multiple GRAMMY wins, to a pair of Trolls movies that we perhaps could have done without; the latest from the saga of the pair who split up before naming couples was even a thing (BritJust? Spearsberlake?) is a brand new eye-opening documentary on Hulu revealing the details of Spears' longstanding conservatorship.

The new FX film by The New York Times Presents is meant to be a window into the #FreeBritney movement that has gained traction steadily following her 2007 mental health crisis and subsequent court battles in which the star has been attempting to regain some control of her life and finances. Spears has been under conservatorship led by her father, Jamie Spears, since 2008. Late last year, the singer failed in an attempt to remove her father from the conservatorship.

Within the documentary is a re-examination of the Spears/Timberlake relationship between 1998 and 2002 and the diverging paths of each star following their split. *NSYNC, as well as his relationship with Britney, were both in Justin's rearview, and in the media aftermath, Spears took the biggest hit, being portrayed as the bad guy in their relationship. 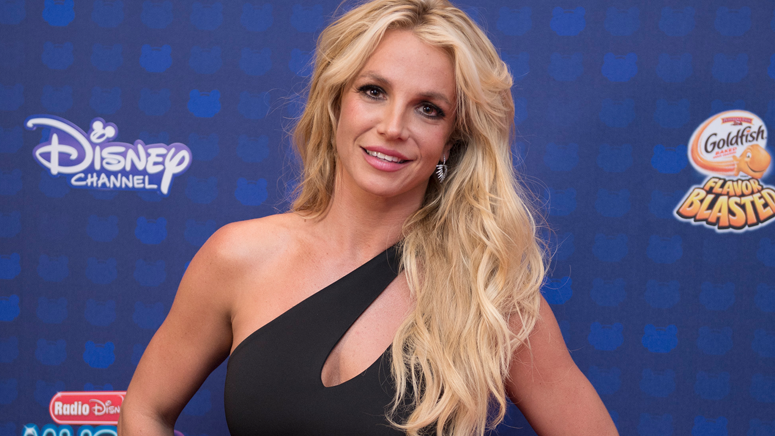 Britney Spears' father admits he hasn't talked with her since August, as #FreeBritney movement grows

"The way that people treated her, to be very high school about it, was like she was the school slut and he was the quarterback," said New York Times critic Wesley Morris during the documentary.

Around the time of their break up, fans may remember interviews with both stars --- Timberlake was peppered with "did you have sex with Britney?" questions, while Spears was constantly asked, "what did you do?" and got quizzed on her virginity. Of course, there was also that "Cry Me A River" video of Justin's which featured a similar-to-Britney love interest caught cheating, fueling speculation that she was in fact the wrongdoer.

Fans who have followed the careers of both stars chimed in on social media following the premiere on Friday with their own takes on how they remembered the fallout.

V happy that people are coming for Justin Timberlake. Also the overall misogyny that led to Britney’s downfall pisses me off. #FreeBritney

Watching this Britney doc and YES 2021 in the year we publicly acknowledge that Justin Timberlake LAUNCHED HIS CAREER BY SLUT-SHAMING BRITNEY. He completely capitalized on their private relationship. Dickhole. #FramingBritneySpears

Editorial director and VP at MTV News, Terron Moore, went a step further. Remembering the NFL's banning of MTV from further productions following Justin's 2004 Super Bowl performance with Janet Jackson and the "wardrobe malfunction" that rocked the globe, Moore witnessed the essential removal of Jackson from the network and radio.

"The ascent of justin timberlake in the wreckage of both britney spears and janet jackson is really something we have to answer for," he declared.

There doesn't seem to be any outstanding animosity on the part of Britney over the years though. She recently set the Internet on fire with a video posted to social media showing her dancing to JAY-Z and Timberlake's "Holy Grail."

“The main thing that’s getting expressed by the #FreeBritney movement is asking us to question the conservatorship system,” New York Times producer and director Samantha Stark tells Variety.

“The central mystery of our film is that she’s living the life of a busy pop star, and yet we’re being told that she’s at risk constantly. She’s making millions of dollars, and yet, we’re told she’s incapable of making decisions that are in her own best interest,” Stark says. “That’s such a conflict, so it’s hard to understand why it’s happening...”

Not surprisingly, conspiracy theories have arisen over Britney's social posts themselves as well, but her social media manager, Cassie Petrey, has stepped in to alleviate fears. “First and foremost,” Petrey said, “I absolutely adore the Britney Spears fan base. They are incredible, loyal, and passionate about her. I admire them.” 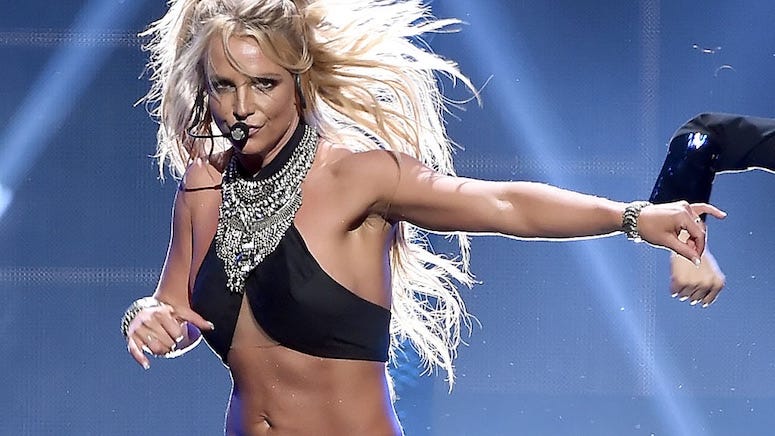 “Britney is not ‘asking for help’ or leaving secret messages in her social media,” Petrey added. “She is literally just living her life and trying to have fun on instagram.”

Stark understands the concern. "We don’t know what’s in her head, and she never talks about the conservatorship, so I understand why fans are wondering if she’s sending messages through her social media," she told Variety.

As for the claims against Timberlake, Stark admits "We didn’t ask Justin Timberlake for comment, just like we didn’t ask a number of other people who appear in archival footage for comment. Interviewees make points about the media coverage surrounding the breakup, and NYT’s critic-at-large assesses a music video from a very successful album. Unlike other people who we did ask for comment, we don’t make any allegations against Justin. We simply let the footage play…"

WATCH MORE: A Look Back at Britney Spears' Romantic Past