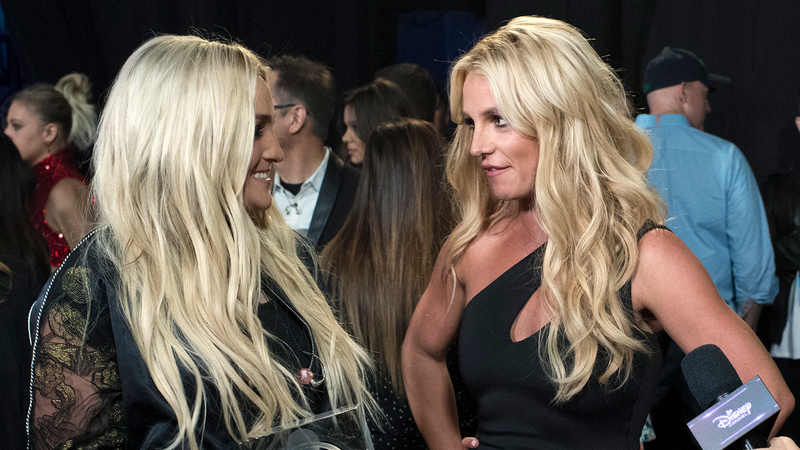 As Jamie Lynn Spears let her 2.2 million Instagram followers know on Monday — she has finally finished writing her memoir, Things I Should Have Said.

And while penning a book is no easy feat, at least one person, ahem— Britney Spears to be exact, is… let’s just say, less than impressed.

Before we really get into it, let’s backtrack real quick. While we already knew the book was coming, because, over the summer, Jamie Lynn received backlash about it when it appeared as though it would be called I Must Confess: Family, Fame, and Figuring It Out — a pretty obvious reference to Britney’s hit single “…Baby One More Time.” Which umm yeah, pretty good reason to freak out.

And if y’all remember, Brit even straight-up called Jamie Lynn out about it and more back in July, also referencing Jamie Lynn’s performance of “Till the World Ends” at the 2017 Radio Disney Music Awards, saying —

"I don’t like that my sister showed up at an awards show and performed MY SONGS to remixes !!!!! My so-called support system hurt me deeply !!!! This conservatorship killed my dreams.” referring to Jamie Lynn’s performance at the 2017 Radio Disney Music Awards.

Well, as it turns out, the book that Jamie Lynn announced on IG is “finally finished,” and ended up being titled —Things I Should Have Said.

Jamie Lynn started off her caption saying, "I can’t believe I finally finished writing my book!!! 'THINGS I SHOULD HAVE SAID' has been in the works for quite a longggg time now. Back In 2017, after Maddie’s life changing accident, I felt a strong conviction to share my story, but there was a lot of personal work and healing that had to happen before I could share my truth the proper way."

And that wasn't all, Jamie Lynn continued on with quite a bit more to say. And though JL didn’t mention her older sis in the extra lengthy caption, we’re gonna say that odds of their family dramz and Brit Brit’s name being mentioned are extremely high.

And as it seems, Britney has the same thought, because after Jamie Lynn’s announcement, Brit took to IG to make an announcement of her own that has fans thinking is a direct jab at Jamie Lynn.