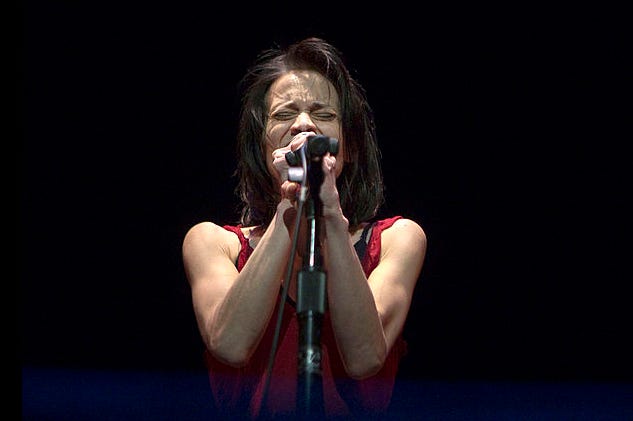 “Fetch the bolt cutters,” says actress Gillian Anderson's character Stella Gibson in the British television show The Fall while in the midst of a dramatic rescue of a girl who had been captured and tortured over a period of time. That’s exactly the sentiment many of us feel while under quarantine, and also exactly what singer Fiona Apple is doing with her first release in eight years.

In an interview earlier this month with the New Yorker, where she also mentions using the bones of her deceased dog Janet for drum sounds, Apple discussed her time spent between albums dealing with her own physical and mental health, past relationships and of course, recording the new album.

Fans are already speaking praise of the effort, and with Apple's raw emotion and skillful songwriting, we think it's safe to assume we are all feeling like this right now.

Fetch The Bolt Cutters is available everywhere now. Listen to the album's opening track, "I Want You To Love Me" me below.