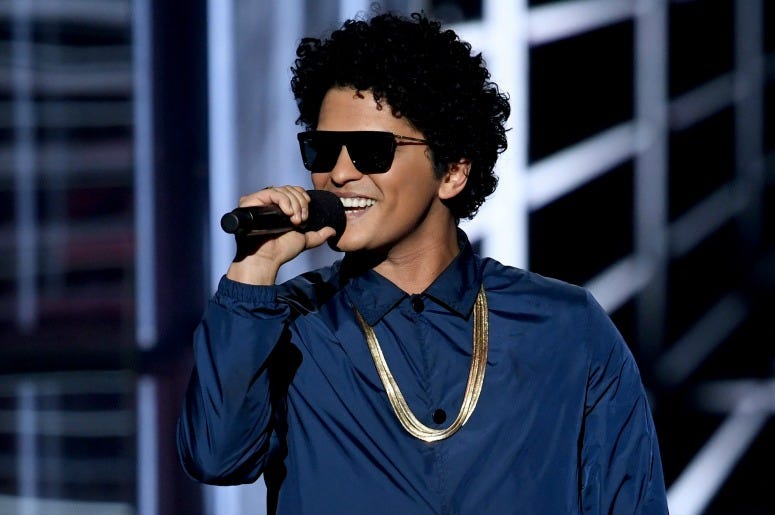 Peter Gene Hernandez celebrates his birthday on October 8, but you probably know him better as Bruno Mars. The genre-bending, GRAMMY-winning, Hawaiian wonder is one of the most successful artists in all of music, carving out his own lane with Soul, Hip Hop, and Funk filtered through his amazing songwriting mind. His style is classic and familiar, but new and unique.

Over the past decade Mars claims responsibility for some of the biggest songs in history, lending his dynamic voice and unstoppable showmanship to a few of the era’s most infectious hits.

The Album Of The Year winner has built a reputation as one of the hardest working artists in music, with an impact that will be felt for generations. Already with 11 GRAMMY wins before the age of 35, there’s no telling what’s next for his next level talent.

Mars’ universally beloved music and already-legendary live performances are matched only by his striking visuals, capturing some impressive imagery and billions of views over the past 10 years. To go along with his 11 GRAMMY Awards, these are the 11 best and biggest Bruno Mars videos, so far.