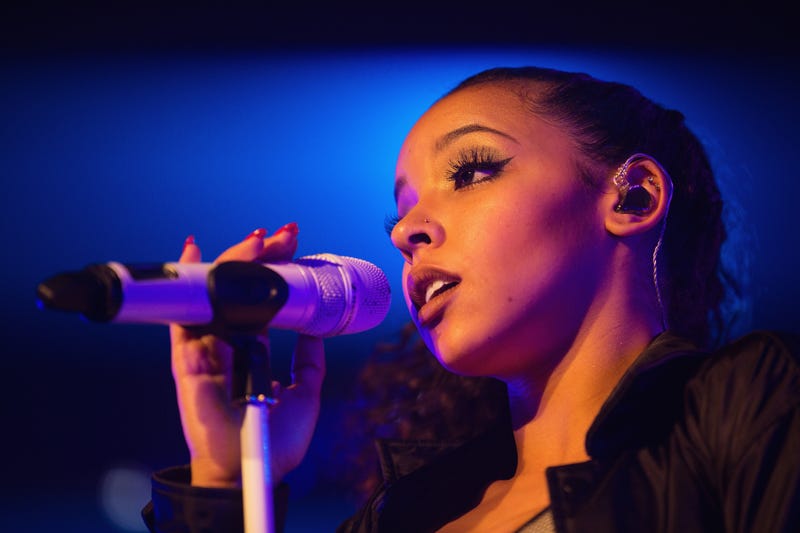 It’s the second Monday of the month, which means it's time for another installment of 7 Pop songs we really need you to hear!

We’re serving you a smorgasbord of different subsects of Pop this month, from disco-inspired sounds, to faithful potential chart-toppers, to the rapid pace of hyper pop. We promise that these are all songs that will end up on your “Summer Jamz 2021” playlist.

As we work our way up to the debut of Slayyyter’s Troubled Paradise, the pop artist’s latest single “Over This!” has us asking for more from the record that will surely be part of our summer 2021 soundtrack. The break-up anthem gives all the early 2000s Pop sounds that the “Daddy AF” artist has perfectly cultivated as part of her persona and sound.

If you’re looking for something HOT on the dancefloor, then Greyson Chance is giving you what you need on “Hellboy.” The disco-drenched track is the second single off of Greyson’s upcoming June 25th album, Trophies.

With her own up-beat, Hip-Hop-infused take on the classic “The Girl from Ipanema” Anitta is sharing her own story about her hometown on “Girl From Rio.” The “Meiga e Abusada” artist sings the new track in English and shares realistic, yet romantic visions about the girls from Rio, “where the energy glows.”

On Cheat Codes’ 2021 record, HELLRAISERS, Pt. 1 the group chose to collaborate with Tinashe for their song, “Lean On Me.” The track feels like a classic festival anthem, that works its way onto everyone’s summer playlists. It’s the kind of song you hear at a pool party and immediately get into the groove or in an Uber as you’re about to begin your evening out. Either way, what Cheat Codes and Tinashe achieve on this new song feels like summer dancefloor bliss.

Ashe’s debut album, Ashlyn arrived this month and we already have so many favorites, but since we had to choose we went with “I’m Fine.” The moody new track encapsulates that feeling when you’re just having “one of those days,” but somehow Ashe’s rich and textured voice kind of makes it all okay. This a definitely a song we’d put on when we’re in our feelings.

6 Little Did I Know – Julia Michaels

Julia Michaels’ 2021 has been off to an impeccable start and “Little Did I Know” has certainly helped contribute to the emerging artist’s greatness. The raw, real and downright gut-wrenching song doesn’t just showcase Michaels' mature vocals, but also her wild song-writing abilities. Written with her boyfriend, JP Saxe, “Little Did I Know” comes off of Julia’s debut album, Not In Chronological Order.

A PC Music essential! Whenever A.G. Cook and Charli XCX come together you can be sure that you’ll be getting a heavenly, hyper pop, union. Charli’s vocals are fun and auto-tuned to perfection, while Cook’s production is cute, bubbly, and high-energy. In a recent Instagram post about the song Cook shared that he and Charli, “ended up using it kinda relentlessly as a hype track for all of our Pop 2 shows.” The song is a follow up to A.G.’s track “Xxoplex,” which appeared on his 2020 release, Apple.