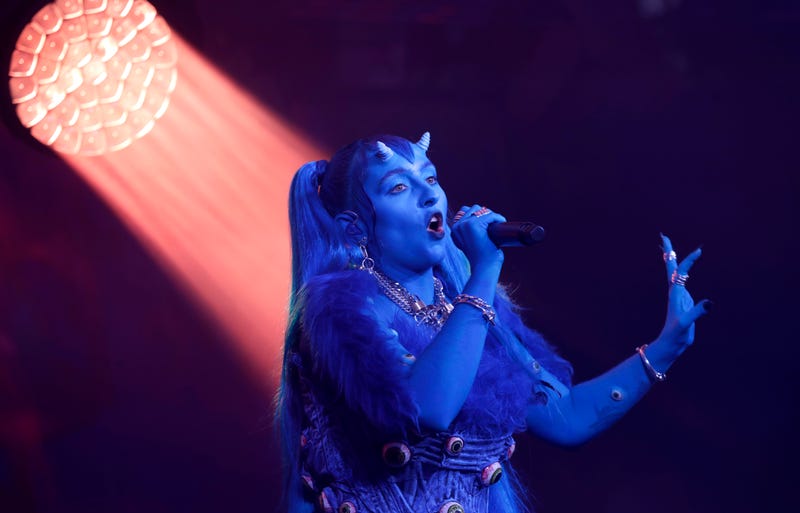 From videos no longer than a minute to morphing their content into full careers as recording artists, these talents have all gone viral on TikTok and used that as a tool to foray into the Pop music scene.

While some of these artists have used their own accounts to launch their music, some of these singers watched their careers skyrocket as their tracks went viral after consistently being utilized as TikTok “sounds.” From Nessa Barrett to Ashnikko we share seven of our favorite TikTok artists and how they’ve achieved landmark goals with the help of the popular video app.

At just 18-years old, Nessa Barrett has fully launched a career in Pop music, not only because of her natural talent but because of the exposure she’s gained on TikTok. She started writing and singing songs on the app, and quickly watched her career skyrocket. Most recently, Barrett released her track “la di die” which features support from fellow TikToker jxdn as well as production assistance from the famed drummer, Travis Barker.

At this point, we all know Olivia and her heart-wrenching track “drivers license,” however the song’s success has been bolstered by TikTokers across the world embracing the song, utilizing it as a “sound” in their videos and persistently encouraging Rodrigo stans to “stream drivers license.”

LILHUDDY has found his groove on TikTok. The artist has been creating and releasing content before the conception of TikTok, however, Chase Hudson fully hit his stride on the video-sharing platform. The viral sensation turned punk rocker is preparing for the release of a debut album and just debuted his most recent single, “The Eulogy of You and Me.”

Tate McRae has taken her powerful songwriting skills and spun them into masterful moments on TikTok, which in turn has lead her on a path to Pop stardom. At the beginning of 2021, McRae released “RUBBERBAND” and followed that up with her newest single “slower.”

In her eclectic ways, clad in an electric-blue wig, Ashnikko has come to dominate the realm of TikTok and beyond. Her song “Daisy” reached epic proportions across the app as users consistently used the sound for their videos. Since taking TikTok by storm the singer has collaborated with Grimes and Princess Nokia on her debut mixtape, DEMIDEVIL, which dropped in January.

Benee’s “Supalonely” is a TikTok “sound” staple. Elle Hunt, a New Zealand native, watched her career blast off after “Supalonley” was morphed into a dance challenge on the app. The song became an anthem in the early days of the pandemic and has allowed the artist to become candid about discussing mental health on social media.

Dallas-based rapper, Kaash Paige exploded onto the TikTok scene when users of the app took keenly to her track “Love Song,” as it was used almost 10 million times for dance challenge videos. The rapper was shocked by its popularity on the app in 2019 and hadn’t even been a user of TikTok until she discovered that her song had gone viral. Now the artist has her own TikTok profile and continues to wow followers.