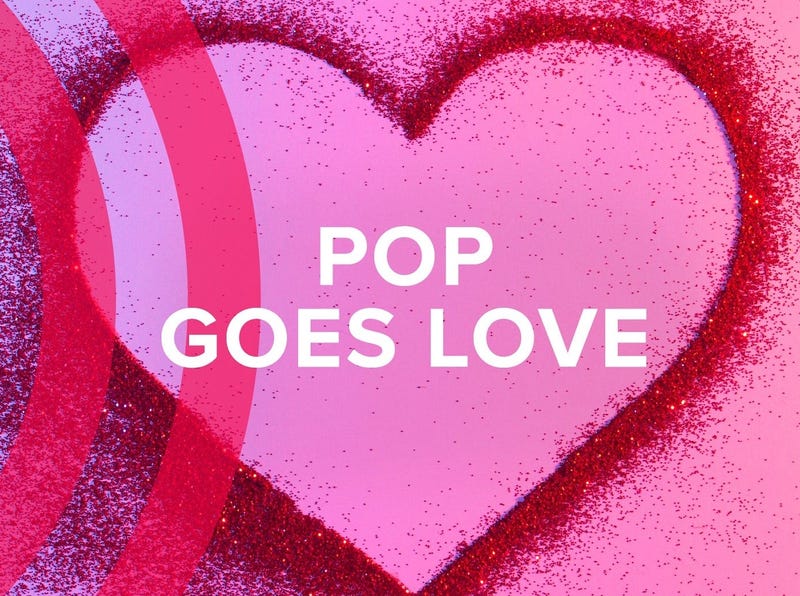 This Valentine’s Day we’ll all be emphasizing the idea of a “romantic and cozy evening in,” however that doesn’t mean that the good tunes can’t be turned all the way up. In fact, we have the perfect solution to a heart-warming playlist that is guaranteed to fill your home with love.

RADIO.COM’s "Pop Goes Love" station is all about communicating the language of love through pop ballads to the rhythm and romance of Hip Hop and R&B.

With tracks from some of our favorites like Katy Perry, Bruno Mars, Camilla Cabello, Usher, and more, we’re pretty confident that this Valentine’s Day soundtrack will not only ignite some flames but will also add a little “Suga Suga” to your evening.

Listen now on the RADIO.COM app, and check out 10 seductively sweet selections from Pop Goes Love below.

In her Teenage Dream era, Katy Perry was giving us timeless anthems that serve as the cornerstone of bubble gum pop ballads. When Perry croons, “Now every February, you'll be my Valentine,” our hearts stop a little bit. The tune that captures the carefree essence of teen dreams and high school romance has transcended the splendor of young love and gone on to be a love day standard.

Usher could honestly be crowned the modern-day King of Valentine’s Day ballads. From his first signature “oooh” that he sings out in the opening of “U Got It Bad,” we already know this 2001 track is about to melt all of our hearts.

3 Camilla Cabello - Never Be the Same

Well, we’re suckers for Camilla’s wild falsetto on “Never Be the Same.” Since we adore Camilla and Shawn Mendes we’d like to imagine that the pop duo has this song on their Valentine’s Day playlist too.

4 Bruno Mars - Locked Out Of Heaven

Okay, but can someone let us know if Bruno Mars finally got the key to heaven? The 2012 single which comes off of Bruno’s Unorthodox Jukebox is the artist’s fourth number-one single on the Billboard Hot 100. The sex-infused song received three GRAMMY nominations and appeared on Mars’ Super Bowl halftime show setlist.

5 Jennifer Lopez - All I Have

The famed Usher and Alicia Keys duo track, which is frequently used on TikTok now, is filled with some of the most iconic love lyrics of the 21st century. “I don’t know about y’all but I know about us,” masterful. “It started when we were younger, you were mine (my boo)/ Now another brother's taken over, but it's still in your eyes,” painstaking. The song tugs at our heartstrings and hits at the deep emotions that reminiscing about a first love can bring about.

Ok well if Ed Sheeran wasn’t trying to make us cry when he wrote and recorded this song we don’t know what his intentions were. Filled with raw emotions and a full-blown storyline, “Perfect” is the song you’ll want to put on right before you tell your partner you love them. Just a suggestion!

8 Shawn Mendes - There's Nothing Holdin' Me Back

This is the perfect song to get you and your boo dancing around the living room. Although the song was released before he and Camilla were publically official, we’d like to think this song is also on the couple’s Valentine’s Day playlist.

A classic. If you don’t have Baby Bash on your Valentine’s Day playlist you’re doing it wrong or you’ve just never been cultured enough to understand the romance that oozes from the 2003 banger. The song samples Barry White’s “I’m Gonna Love You Just a Little More Baby,” and if that doesn’t have you feeling “lifted” and “gifted” we don’t know if anything will.

We’re ending the night with the sexiest song on the playlist and for a good reason. The twerk-inducing track isn’t just guaranteed to make the night hotter but as Fifth Harmony reminds us, also guaranteed to “turn the bed into an ocean.” Also, we are aware the sentiment of “WFH’ has lost its sex appeal these days, but Fifth Harmony can truly reignite any flame.