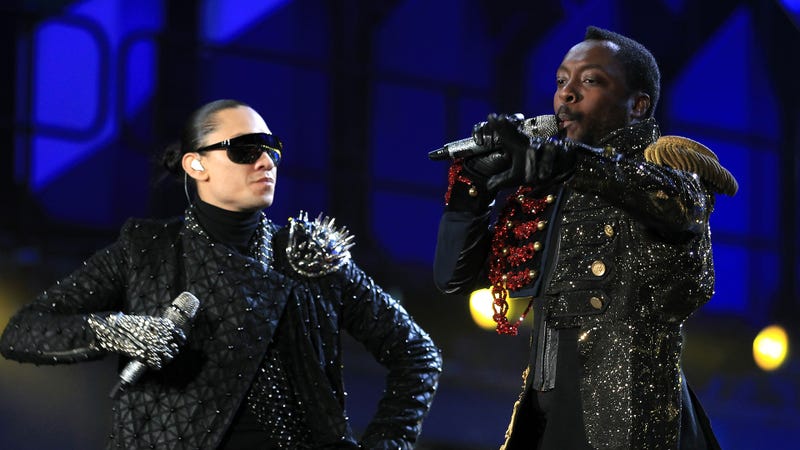 Whether you've been a die-hard BEP fan since their humble beginnings, or like to get down to the superstar group's upbeat positivity while getting in a workout -- everyone has a favorite Black Eyed Peas jam.

Discover The Rhythm of the Black Eyed Peas Exclusive Station only on Audacy to find your favorites, and of course to prepare for their upcoming performance at We Can Survive -- It’s all here! Now, while you're in the mood, check out the group's Top 5 tracks of all time below...

“I Gotta Feeling” is the second single from The Peas' fifth album The E.N.D., and was produced DJ David Guetta. The track spent 14 weeks on the Billboard Hot 100 and was nominated for Record of the Year at the 52nd GRAMMY Awards and took home the GRAMMY for Best Pop Performance by a Duo or Group with Vocals. The song was also nominated for Song of the Year at the 2009 World Music Awards and in March of 2011 became the first song in digital history to sell over 7 million digital copies in the U.S. and held the record as the most downloaded song on iTunes of all time.

"Gotta get dat..." Also taken from The E.N.D., "Boom Boom Pow" spent 12 weeks on the Billboard Hot 100 and became the group's first U.S. number one hit beaten only by The Peas' second single "I Gotta Feeling.” The song was nominated at the 52nd GRAMMY Awards for Best Dance Recording and took home the trophy for Best Short Form Music Video. Rolling Stone ranked the song number 14 on their Best 25 Songs of 2009 list and as of October 2021, the music video has over 412 million views on YouTube.

Let's just say 2009's The E.N.D. was a pretty big deal for the Black Eyed Peas. “Imma Be” was the album’s fourth single from the release and was featured on the soundtrack for the 2010 film The Other Guys -- and can also be heard in The Hangover Part II, although it does not appear on the official soundtrack.

"My Humps" is the band's third single from their fourth studio album, 2005's Monkey Business. The song won Best Pop Performance by a Duo or Group with Vocals at the 49th Annual GRAMMYs and became The Peas' second single to reach the top five on the Billboard Hot 100 and one of their best selling tracks to date.

Don't Phunk With My Heart

"Don't Phunk with My Heart," also known as "Don't Mess with My Heart" was the first single from 2005’s Monkey Business, and peaked at number three on the US Billboard Hot 100. To date, the track has over 127 million views on YouTube.