It’s been well-documented that Rihanna does it all: 9 GRAMMY Awards, acting, fashion, beauty – all by the age of 32.

The Barbados native has confirmed she’s been working on her long-awaited follow-up to 2016’s Anti. We’ve been told she has hundreds of songs to choose from and that the new LP will have a heavy reggae influence. 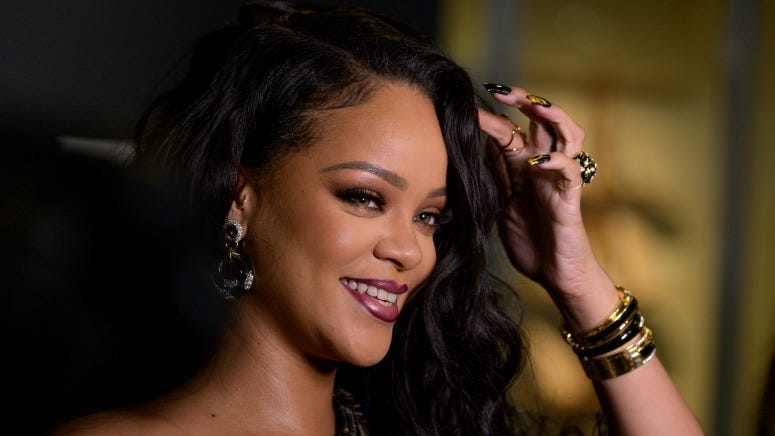 The songs, whenever they’re released, will only add to Rihanna’s impressive catalog of music. She’s been part of 14 #1 hits on the Billboard 100 since taking the world by storm with her 2005 debut, Music of the Sun, and she’s done it with everything from dance hits, to ballads to R&B grooves.

These are Rihanna’s biggest of the biggest songs of all time, all #1 hits, ranked by the number of weeks they spent on the chart.

From 2010's Loud, it spent 27 weeks on the chart. Rihanna performed the frolicking song on "Saturday Night Live" and it won her a GRAMMY for Best Dance Recording at the 53rd annual awards.

From 2008's Good Girl Gone Bad: Reloaded, it spent 27 weeks on the chart. The heartbreaking but empowering ballad was written by StarGate and Ne-Yo.

From 2006's A Girl Like Me, it spent 28 weeks on the chart. The dance track throws it back to the '80s by sampling the hit song "Tainted Love" by Soft Cell.

From 2008's Good Girl Gone Bad: Reloaded, it spent 33 weeks on the chart. This is as good as collabs get and the GRAMMYs agreed. The song took home the award for Best Rap/Sung Collaboration at the 50th annual ceremony.

From 2016's Anti, it spent 36 weeks on the chart. The song begins like it belongs in a tense scene from an '80s movie, but it ends up being remembered for its addictive chorus.

From 2008's Good Girl Gone Bad: Reloaded, it spent 37 weeks on the chart. Dark lyrics clashed with an upbeat rhythm on the song that featured Chris Brown among its co-writers.

From 2011's Talk That Talk, it spent 41 weeks on the chart. The song won Best Short Form Music Video at the 55th GRAMMY Awards and has been covered by the likes of Coldplay.