She documented the new ‘do on her Instagram Stories, writing: “Not sure this haircut went well but he’s Viking now.”

The photo shows the infant sitting in a bathtub with his hair styled in a mohawk.

Grimes shares photos of X Æ A-XII, her son with Elon Musk on her Instagram Story:

"Not sure this haircut went well but he’s a Viking now⚔️" pic.twitter.com/lkQhy8xJ1J

The 32-year-old also shared a photo of herself cutting the boy’s locks.

“Haircut inspired by the last kingdom on Netflix which is a masterpiece,” she wrote of the British historical TV series.

Grimes welcomed her son with Elon Musk in May 2020.

The couple initially named the newborn “X Æ A-12 Musk” but had to change the name as special characters and numbers are not allowed by California law.

The baby's first name is X, according to the birth certificate, which Grimes explained previously as "the unknown variable." AE, she explained, is pronounced "ash" and is Grimes' "elven spelling of Ai (love &/or Artificial intelligence." 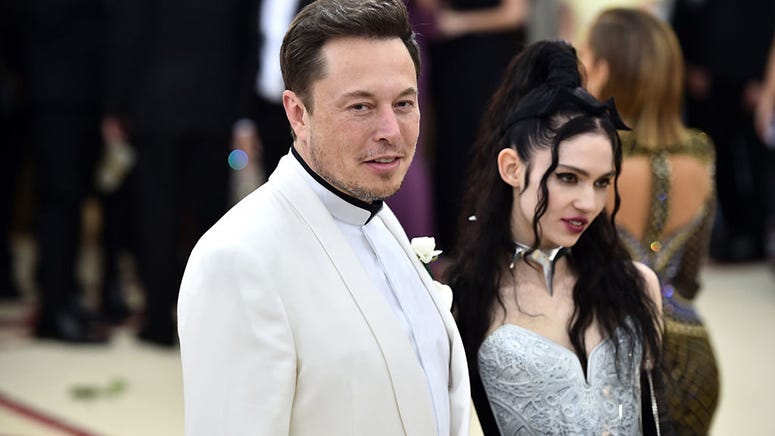 In a previous interview, she explained that she and her baby are not watching traditional media created for kids and explains that her son has varying tastes and interest. “I’ve watched ‘Apocalypse Now’ and stuff with my baby,” she noted.

She added that X is “ into radical art. Like, he just actually is, and I don’t think it’s problematic to engage with them on that level.”

Back in January, Grimes revealed she “finally got COVID” and was weirdly enjoying “the DayQuil fever dream.”

Musk revealed that he “most likely” contracted COVID-19 in November.

Recently, the Tesla and SpaceX CEO recently surpassed Amazon CEO Jeff Bezos as the richest person in the world with a net worth of $191 billion.